Bubba Watson loves to send Tiger Woods random text messages, but it’s hard to say how long that will last.

Watson was a guest on The Dan Patrick Show Wednesday when he was asked by the host if he had Tiger’s number and whether or not the 15-time major champion receives his messages.

After admitting that he has Woods’ number, the 40-year-old Watson said that Tiger only receives his messages “sometimes.”

“He’s probably blocked me before,” Watson said on The Dan Patrick Show. “He changes his number quite a bit.”

When pressed by Patrick to elaborate, Watson explained that team events such as the Ryder Cup and Presidents Cup were the key to earning Woods’ digits. “You get every player’s number so y’all can have a group text going,” Watson explained. “And so even if he blocks me, I get it that week and then I’ll have it for a little bit.”

Watson tended to take full advantage of the opportunity.

“I send him so many text messages,” Watson said. “Just random stuff like ‘Look at this, it’s a bottle of water. Oh here’s this.’ So that might be why he blocked me. But for that one week when we’re on the team together, I love to just send him random stuff. And he’s like ‘Can you please stop?'” 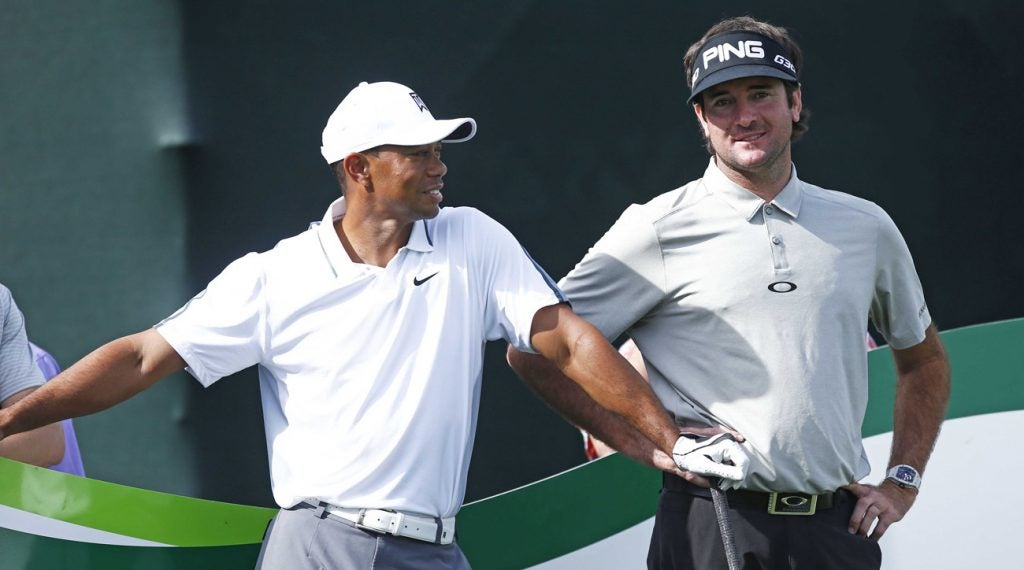 It sure sounds like Tiger has legit reasons for blocking Bubba Watson.
USA Today Sports

This isn’t the first time that Watson has showed excitement and obsession over having Tiger’s number.

During a team press conference at the 2016 Ryder cup at Hazeltine, Watson blurted out the following out after Woods answered a question:

“And I have Tiger’s cell phone number now. Yes! I’m going to text you all the time!”

All Woods could do was smile.