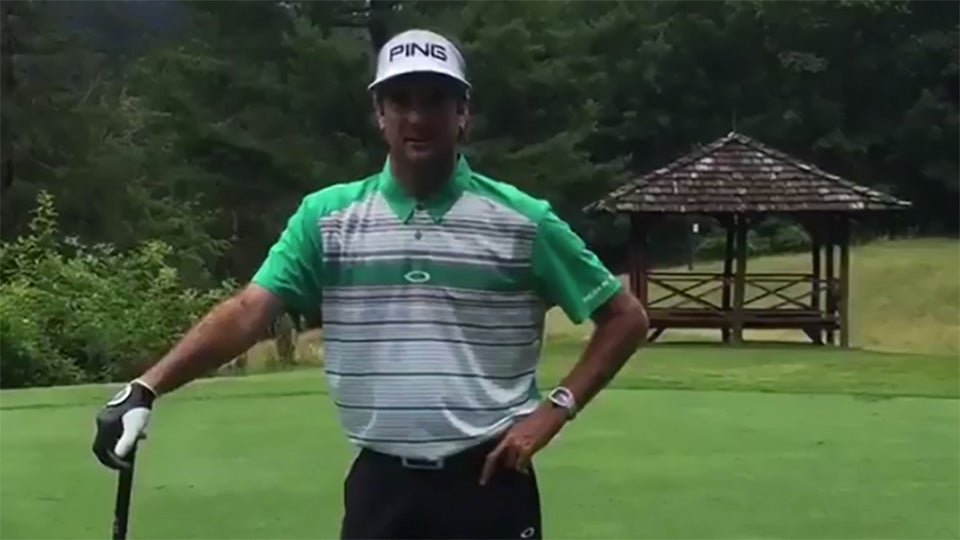 Bubba Watson tees off at the Greenbrier on July 20, 2016.
Twitter/@bubbawatson

Almost a month after massive floods devastated much of West Virginia, The Greenbrier is once again open for business — and hosting a familiar face.

Bubba Watson tweeted a video Wednesday teeing off on the Old White TPC course for the first time since the track was closed for major renovations. Storms washed out a majority of the course, resulting in the cancellation of The Greenbrier Classic.

Of course, the cancellation of the PGA Tour event was the least of the community’s worries; the flooding and storms ravaged homes and business, destroyed properties and left at least 24 fatalities in its wake.

MORE: The Greenbrier Flood: A Story of Terror, Loss and Hanging On

Before hitting his tee shot, Watson, who owns a house at The Greenbrier part, appealed to the public to continue to help relief efforts by donating time, money, and now, golf: “Show up to The Greenbrier. All amenities are open.” Watson donated $250,000 to the relief effort, and The Greenbrier Resort has housed and fed over 700 flood victims.