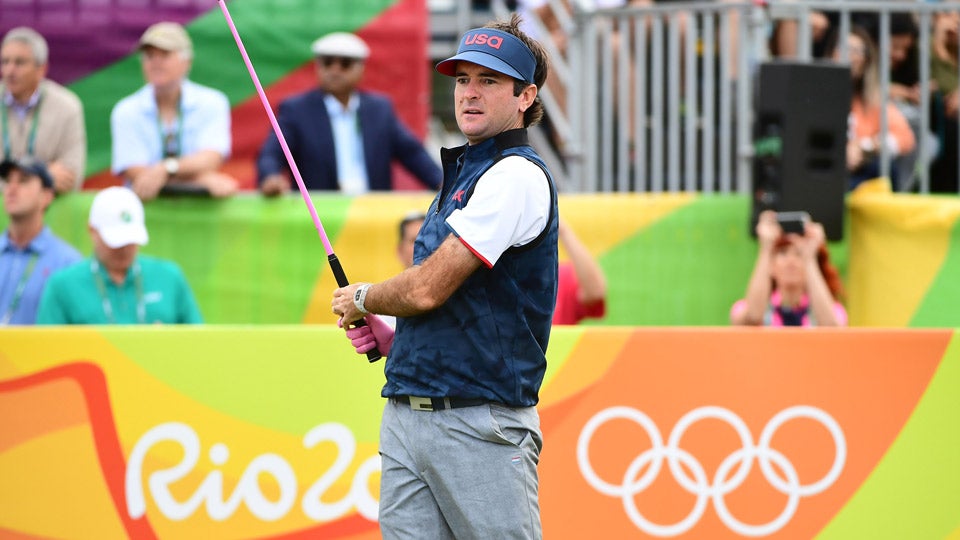 Bubba Watson during the first round of the 2016 Olympics.
Getty Images

Bubba Watson teed off on his first hole Saturday just as his buddy Rickie Fowler had finished torching the front nine in Rio.

Watson would follow suit with his own ball, climbing the leaderboard in the process. The long lefty shot 31 on the front nine, making birdie on four of his first five holes. He would two-putt his way to par on the remaining four holes of his front nine, before making another birdie on the par-5 10th, just like Fowler did

His early Saturday move vaulted Watson to seven under for the tournament and into the top 10 on the leaderboard. A bogey-free card through the first 12 holes will do that. Check out his front nine scorecard below.