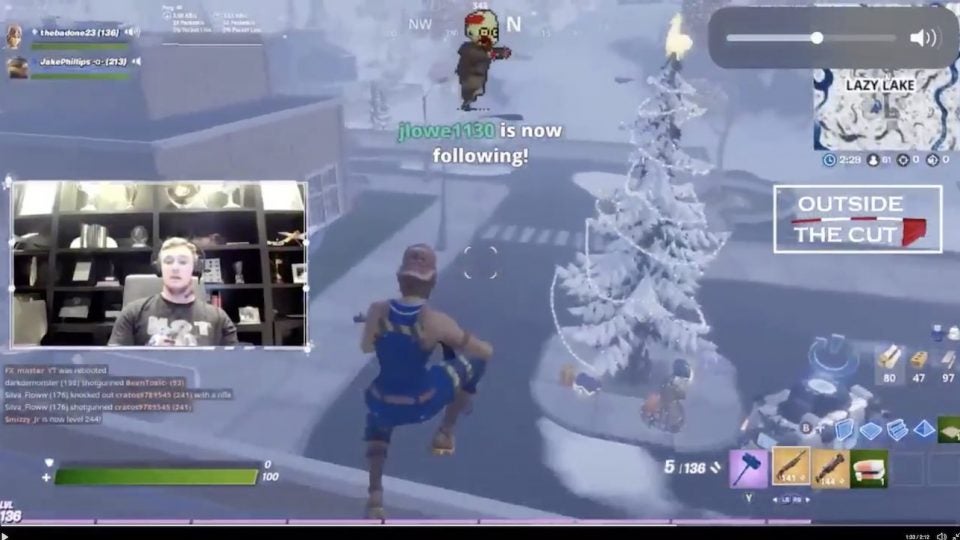 Turns out I have a new favorite show on television. It’s not a creation of HBO, Netflix or Amazon Prime, it’s straight from the mind of Bryson DeChambeau. A few times a week — and almost nightly during non-tournament weeks — he’ll hop onto Twitch and stream himself playing Fortnite. It’s wildly entertaining, surprisingly informative, and so much fun.

It’s a great example of why Bryson is one of my favorite characters on Tour. People like to dog on others for being different, but Bryson is unapologetically himself, and if you watch him on the streams he’s a heck of a nice guy, too.

Anyway! Bryson’s Twitch username is TheBadOne23, and after more than two hours of watching him in action for some “homework,” I had to figure out the best way to do it justice. Here are a few things about his most recent streams that I particularly enjoyed.

1. He answers a ton of questions

If you had a question for a PGA Tour player, there’s probably no better time to ask it then when Bryson’s on Twitch. He spends almost the entire time talking about golf and answering questions, so even if you’re not there for the video games, there’s lots of stuff you’ll find interesting.

2. Candid Bryson is the best Bryson

Bryson is in a candid, relaxed setting, which means we get some unabridged insight into the way he thinks. Like this moment — my favorite from Monday night’s stream — where he talks about getting new wedges to help improve his “kinda bad” wedge game, which he says he’ll need when he starts hitting 400-yard drives.

In his stream from Sunday, as the final round of the Sentry Tournament of Champions was playing out, he said Justin Thomas is “super skinny,” which makes it so impressive that he hits the ball so far. He also revealed that Pat Perez is the funniest player on Tour and that he bought a Tesla with his first winner’s paycheck. Also, reacting after Thomas almost threw away the tournament on the 72nd hole, he yelled: “How do you hit it in the hazard on 18?! You could literally land two jumbo jets in the fairway on that hole!”

He also, at one point, was asked whether he would fight Patrick Reed: “No, bro, he’s always been nice to me.”

It’s sort of unintentional, but Bryson is pretty funny whenever he gets going. He did a solid impression of his friend “Creepy Steve” on the Monday stream, and at one point said he likes to eat chili — just as long as it doesn’t give him “the s—-.”

Check out OutsideTheCut’s highlight reel from the night:

5. He wishes he could stream full-time

And finally, it’s fun to watch Bryson stream because this is a serious hobby of his. We don’t always think of golfers having hobbies, like the rest of us, but Bryson does, and he’s not afraid to talk about it, like during his stream on Sunday…

Bryson: “Oh my gosh, it’d be fun though. You guys have no idea how stressful it is out there. It’s literally — there are guys just cringing all week because they don’t know how it’s going to go.”