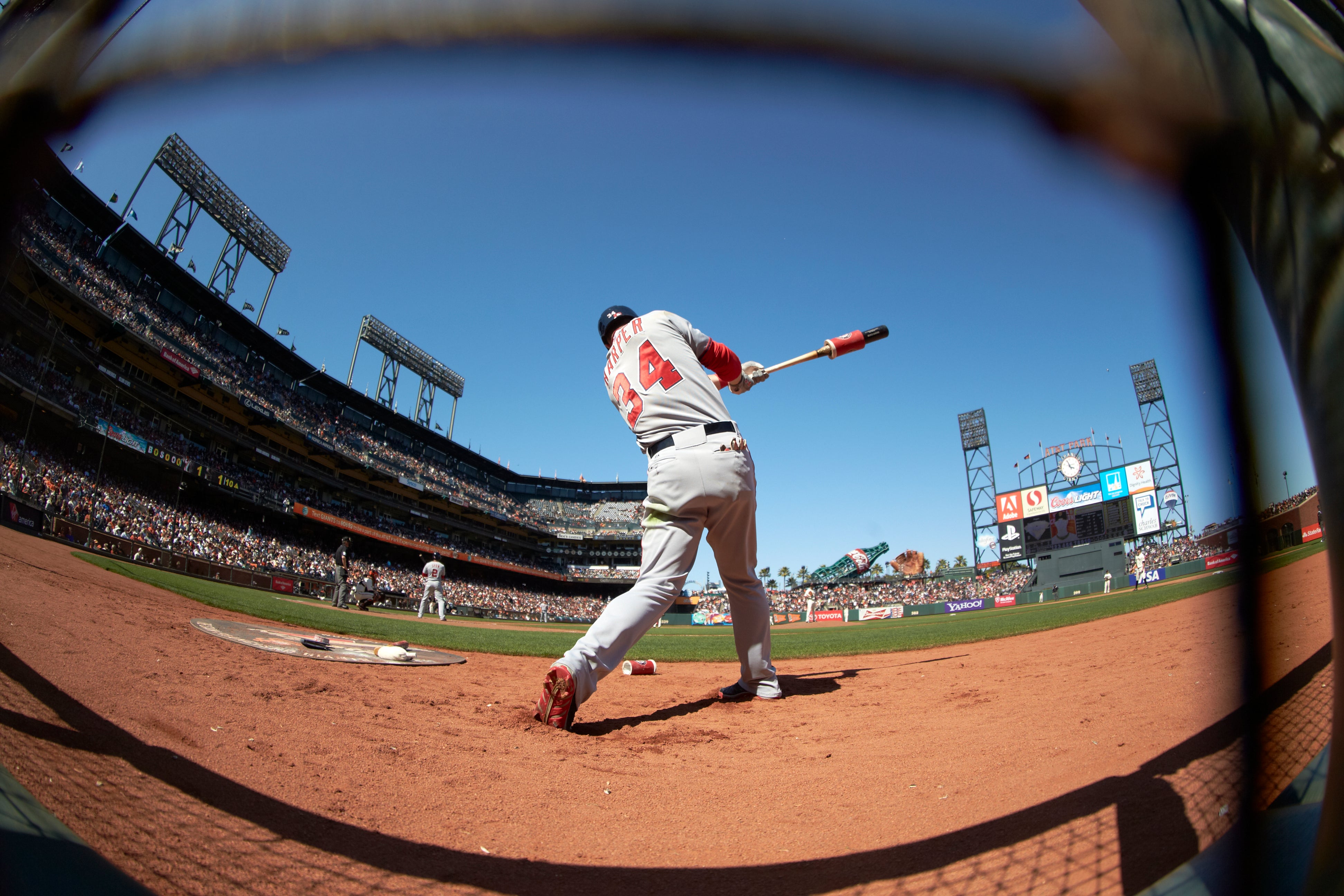 Bryce Harper is best known for crushing fastballs out of baseball stadiums. The Washingon Nationals outfielder has been doing it since high school. But what about his golf swing?

As we approach mid-February, the 22-year-old is making the most out of his last month this offseason by using that powerful swing in a new spot: the tee box. Apparently, Happy Gilmore is his swing coach.

There’s no Protracer tracking the flight of Harper’s mammoth drive, but it solicited a “Dude, that’s crushed” from a playing partner. According to the caption on Harper’s Instagram post, the drive went 340 yards. That’s a home run worth three baseball stadiums.