Brooks Koepka Goes Quad-Quad on Nos. 17 and 18 at TPC Sawgrass 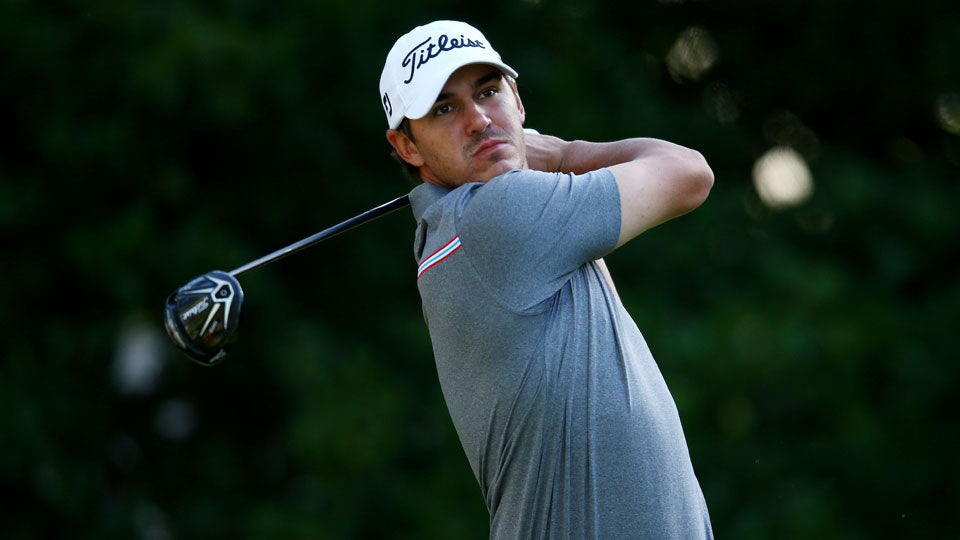 Brooks Koepka opened the Players Championship with a 78.
Getty

If you’ve been lucky enough to play TPC Sawgrass, you know the 17th hole looms over the entire round. Brooks Koepka can relate.

Koepka started on No. 10, so the 17th was only his 8th hole. And he butchered it. After making back-to-back birdies at No. 15 and 16, Koepka was even par for the tournament. He walked off the 17th four-over.

His tee shot to the front pin location was short and landed in the water. He took a drop, then launched his third shot over the green and into the water yet again. He took another drop and finally landed safely on the green. Three putts later, he carded a 7.

The worst was over, they said.

The 18th was just as bad. He pushed his drive right and punched out to around 180 yards. All good. Then he plops his approach in the water. He takes a drop and can’t hit the green on his second try on the approach. A missed four-footer later, he carded an 8.

Back-to-back quadrouple bogeys! That’s something we can all relate to. What we can’t relate to is what happened next: He recovered marvelously and shot a 34 on his second nine holes to finish with a 78. Six birdies, two bogeys, a double-bogey and two quads. Not bad, all things considered.