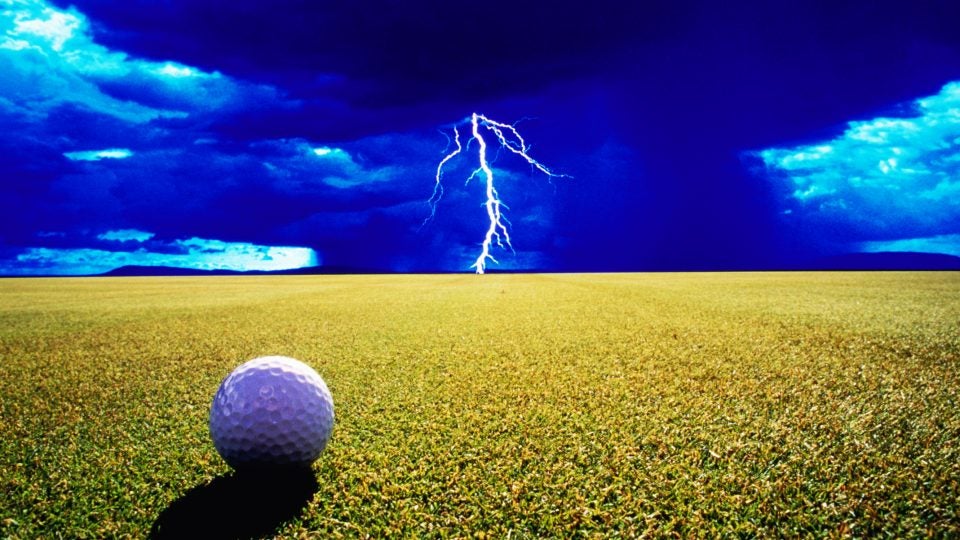 A British woman was struck by lightning on a golf course while vacationing in Turkey. She died 12 days later after suffering cardiac arrest, Metro UK reports. Sarah Oldham’s story is a cautionary tale for golfers who find themselves caught in a storm on the course.

Oldham, 39, and her husband Alex were playing at the Sueno Golf Hotel when the skies darkened and a downpour began. Each sheltered under an umbrella to the side of the fairway. Alex looked up after hearing “an almighty crack of thunder,” and saw that Sarah was unconscious. “I turned around and couldn’t see Sarah’s umbrella,” he said. “I ran over to her and I realized she had been struck.” Sarah later passed away at a hospital in England.

In the United States, about 5% of lightning injuries and deaths occur on golf courses, according to the National Oceanic and Atmospheric Association. About 58 people are killed by lightning strikes every year. Experts caution golfers to seek shelter as soon as they hear thunder, as lightning can strike up to 10 miles from where it is raining.