British Open: Why Henrik Stenson’s Caddie Has to Quit Smoking 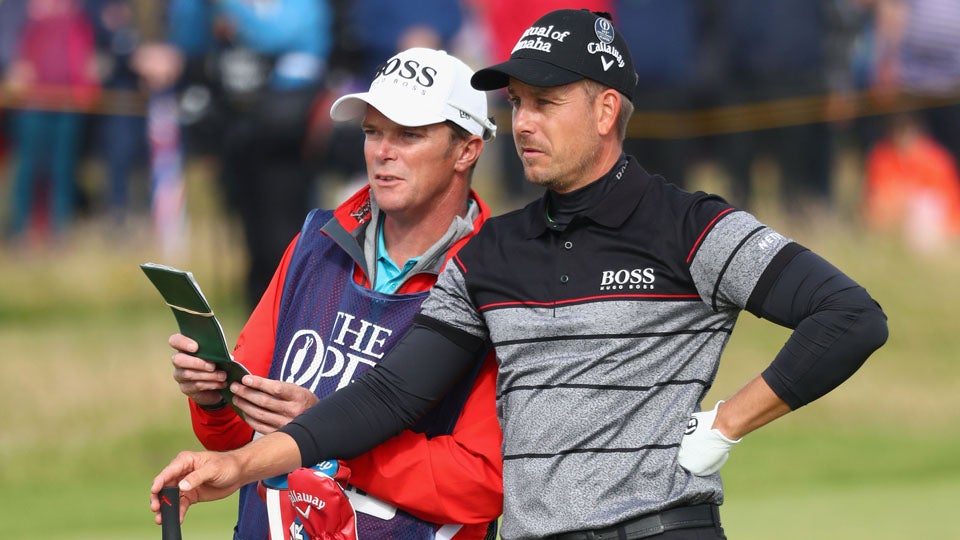 Henrik Stenson and caddie Gareth Lord check out the green on the 16th hole during the final round of the British Open on Sunday.
Getty Images

Henrik Stenson won his first major of his career on Sunday, and now his caddie has to live up to his word.

According to Golf Channel’s Tim Rosaforte, Stenson’s caddie, Gareth Lord, has to quit smoking now that the 40-year-old Stenson has won the 145th British Open. The two have had a bet for some time: If Stenson wins a major, Lord has to put down the smokes.

On Sunday, Stenson didn’t take long to remind Lord of the deal. Lord lit up a cigarette while they were walking up the 7th fairway, which led to Stenson looking at him and saying, “You better enjoy that.”

Stenson’s historic 63 put him in the record books, but it’s also going to help his looper kick a habit.