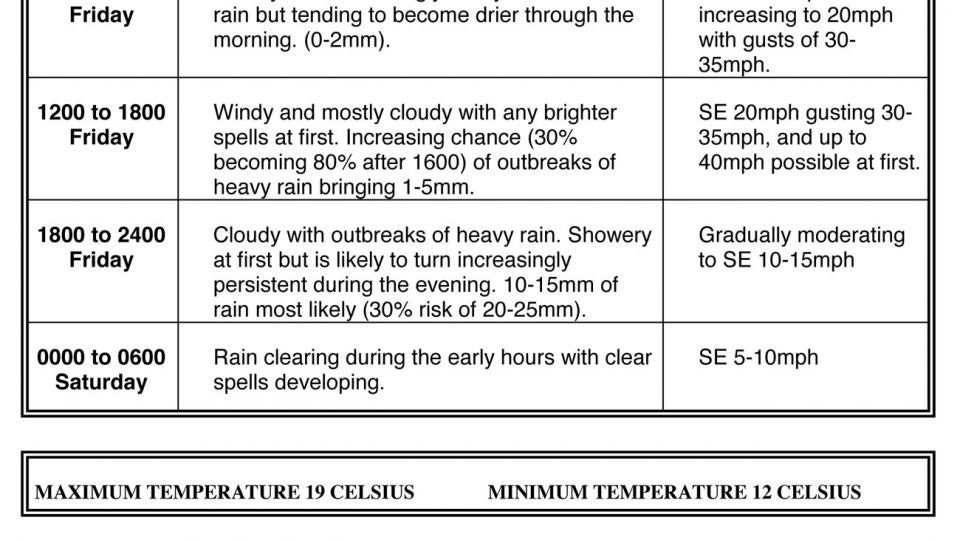 What will the weather forecast be for Royal Birkdale? Check here for updates on the conditions in Southport, England, where the world’s top players will descend to play the 2017 British Open.

Friday update: After an opening round of clear skies, a British squall is rolling in and the field is facing a much different golf course. The forecast calls for steady 20 mph winds, with gusts over 40 mph. Rain is expected in the afternoon, with the worst falling after 4 p.m. local time.

On the bright side for the players, calmer conditions are projected for the weekend. But by all indications, the best scoring day of the 2017 British Open has already passed. Here’s the full update: