British Open: Best quotes of the week from Royal Birkdale 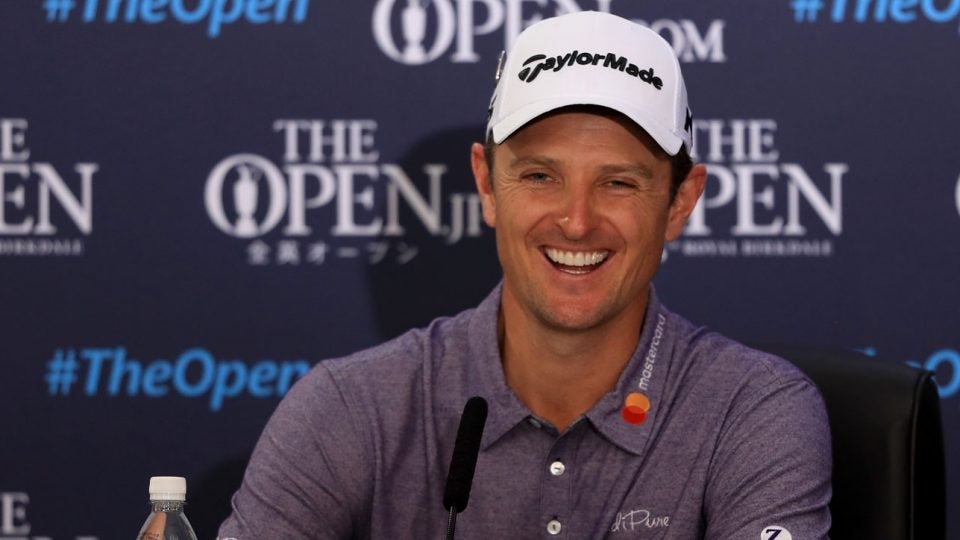 The 146th British Open kicked off today at Royal Birkdale in England. From the likes of Rory McIlroy, Jordan Spieth, Justin Rose and others, it’s already been a highly-quotable week.

Below are the best quotes from the week thus far.

Rory McIlroy on receiving a pep talk from his caddie: JP, he reminded me who I was, basically. He said, “You’re Rory McIlroy, what are you doing?” I said, “Yeah.” At that point I mumbled and said, “Whatever.” But it did, it helped. It definitely helped. It kept me positive. So he did a great job.

Paul Casey on why he loves Royal Birkdale: I’m loving being back in England. The Open Championship at Royal Birkdale may be my favourite links course of any of the courses on the rotation. I think it’s so fair, so beautifully designed, bunkering perfect, conditions great. Yeah, so many cool things about it, just the whole week so far has been perfect.

Matt Kuchar on his memories of the 1998 Open at Birkdale: I remember playing a practice round with Paul Azinger and Payne Stewart. I remember I was close to turning pro after the British Open. And most of the Tour players that I had picked their brain and said, “Matt, you seem like you’re ready to go pro. You seem like your game is ready. Probably a good time to strike while the iron a hot.” Payne said, “Matt, stay in school. You only have four years to be a college kid. The PGA Tour is going to be here for the next hundred years. Don’t be a veteran that’s been out here ten, 20 years, and wishing, ‘I had those two years back to be a college kid.'”

Justin Thomas on his tie and cardigan ensemble: It’s nice to have people stop talking about that. It was something that wasn’t meant to be. Obviously knew it was going to get a lot of publicity and be out there. But I didn’t come here to dress well. I came here to try to play some good golf.

Rory McIlroy on being listed as 20-1 odds to win: Good time to back me, I think. 20 to 1? I mean, look, if I was a betting company and I saw my form over the past few weeks, you would say, yeah, that’s probably a fair enough price.

Jason Day on his slow play reputation: The only reason why I think a lot of people think I’m slow is that when I was playing well, I was in a lot of groups on Sundays…To be honest, I don’t really care what people say. I need to do what I need to do to win a golf tournament. 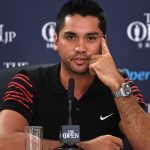 You may also like Jason Day on slow play reputation: ‘I don’t really care what people say’

Jordan Spieth on his Tuesday game: We had a good time. It was a really good match. Phil holed a chip. Justin holed a bunker shot. There were a lot of long putts made. There was good banter. It felt like a normal week.

Martin Slumbers on the Open’s move to broadcast on Sky Sports: I think when we moved last year [to Sky Sports] we took what was frankly a fairly tired and outdated broadcast [with the BBC] and turned it into absolutely world class.

Justin Rose on his memorable hole-out at Birkdale in 1998: When your final shot is made into a Lego scene, as it was, by somebody very creative, that was the moment when you can show your children, my kids are 5 and 8 and my nephew is 3. You see them watch it and see them now impressed, and now it’s a Lego scene, that’s how you know it was a cool achievement.

Tommy Fleetwood on being the local youngster: ’98 was my first Open I went to watch. And my first memory was just Justin Leonard who was on the cover of the book. I remember Tiger Woods walking past me. That was the first time I’d ever seen Tiger Woods, and the aura around him at the time. Apart from that, don’t remember much about that, apart from I didn’t get many autographs. I spent the time walking and faking them in my little book.

Padraig Harrington on winning the 2008 Open: Fairytale stuff to think it should go that way, but it did in 2008 for me. And that 5-wood on 17 is the shot I’ll always be remembered for. I will say my old coach at the time Bob Torrance used to say, it’s easy to hit a good shot when you’re feeling great. It’s difficult to hit an average shot when you’re feeling bad. I was feeling great going down that 17th hole. It was my favourite club. It was a shot I love. I hit a shot in those circumstances, I was on top of the world when I was going to hit it. If I hit a few bad shots coming into that hole and had a two-shot lead, yeah, I’d lay up. Right now if I had a two-shot lead standing on the 17th, I’d tell you I’d hit 6-iron down there and chip it on, and take my chances that Greg doesn’t eagle the hole. But at the time in 2008, favourite club, favourite shot, let’s hit it. Let’s win The Open here and now, and I got to enjoy it walking down 18.