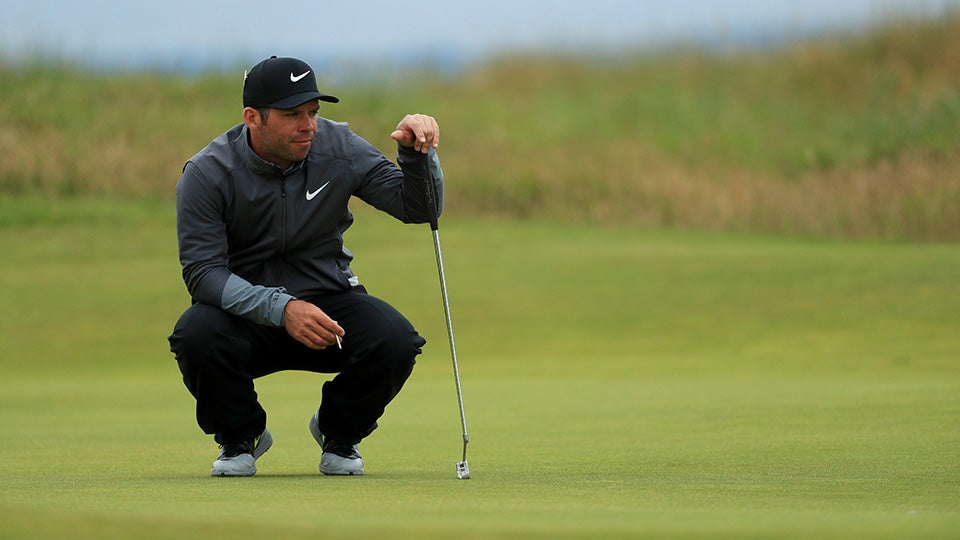 Paul Casey lines up a putt on the 3rd during the second round on day two of the 145th Open Championship at Royal Troon on July 15, 2016.
Mike Ehrmann

We’ve all been there: You’re standing over a birdie putt with a chance to take back a stroke, and you miss. Not once, not twice, not even three times.

But most of us haven’t done it at a major championship, like poor Paul Casey.

The Englishman made a five-putt on the par-4 7th hole during the second round of the Open Championship at Royal Troon. His first putt, uphill and to the left, looked pretty good — it was the next four that are cringe- and sympathy-worthy.

Casey carded a triple bogey, eeventually finishing his round at nine over par for the tournament. Check out the video below.