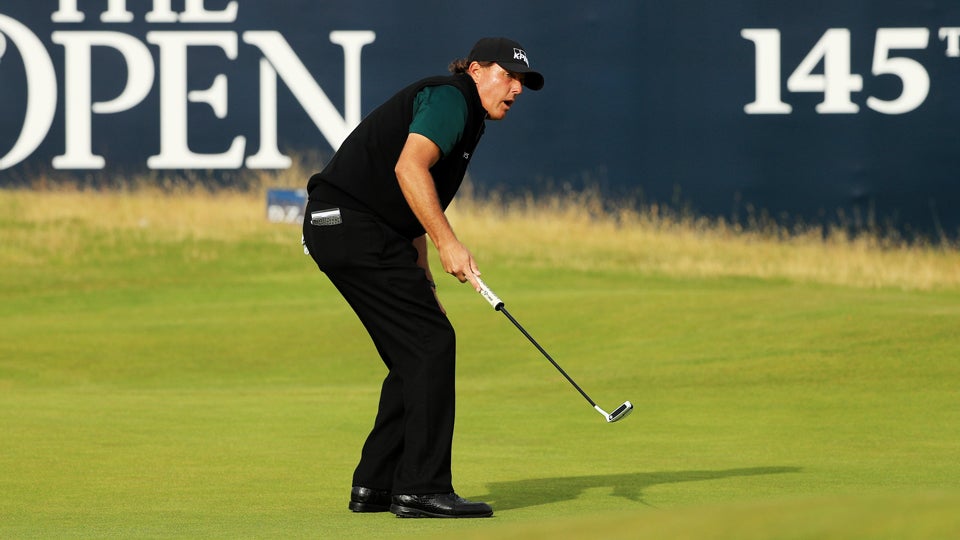 Mickelson was millimeters away from the major scoring record during Round 1 of the British Open at Royal Troon.
Mike Ehrmann/Getty Images

Phil Mickelson’s opening round at Royal Troon for the British Open will be one for the history books. He posted an 8-under 63, tying the major championship scoring record.

But it could have been even better.

One the 18th hole, staring at a makable birdie putt in front of a swelling gallery, Lefty hit one that looked good all the way. As it got to the hole, the ball fell ever so slightly to the right, lipping around and out, much to the dismay of Mickelson, who threw his head back in disbelief.

For now, he’ll have to settle for a share of the record and the early lead at the British Open.

Watch the putt below:

Phil Mickelson came SO close to a low major score of 62 #TheOpen pic.twitter.com/n91YpkelLG