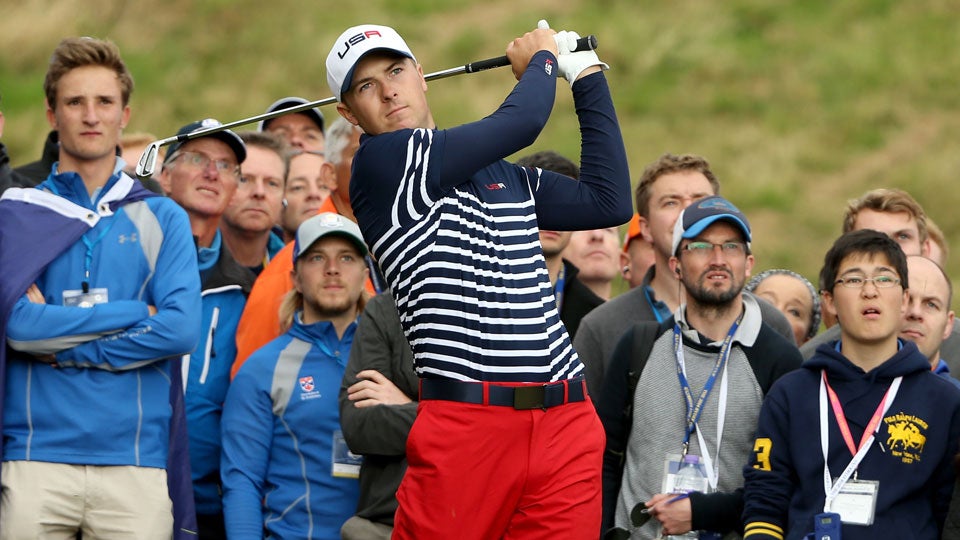 Ah, the Open: where bad bounces and bad weather are an integral part of the competition, and instead of divots a good strike produces an evocative puff of smoke; where the courses smell of the sea and the redolent grease of the fish and chips; where made putts require proper weight and just the right amount of borrow; where players, caddies, scribes, fans and various dignitaries seem to queue up at every street corner and every pub in the tiny host towns, talking about golf and nothing else; and where, gloriously, we shall identify the champion golfer of the world. The best week of the year is finally here.

1. Jordan. His win at the Deere is proof that karma exists. Here’s hoping that this irrepressible kid can bring the same energy across the Atlantic. 2. Rickie. That 72nd hole kick-in birdie in Scotland was the work of a stone-cold killer. It’s awesome to see him build on his Players breakthrough, but we all know what the next step is for Fowler. It would be epic if he can get it done this week. 3. In Gee Chun. The 20-year-old LPGA rookie birdied four of the last seven holes to steal the victory at her first ever U.S Women’s Open. Sounds like a fluke until you realize Chun had already won four times this year around the world. 4. Tiger. It’s great to see him doing a clinic for kids in St. Andrews and participating in the past champs exhibition. It’s clearly time for Woods to try to begin gracefully easing into the role of elder statesman. 5. Tom Watson. He can be a confounding figure, and the hard edges of his personality make him tough to love, but it’s impossible not to respect this proud champion. As the greatest links player since Harry Vardon bids adieu, take a little time to YouTube the highlights of some of Watson’s old Open victories. What a baller. 1. Rory. With all the rain the Old Course is going to play a little softer and slower than usual. In other words, it woulda been even more perfect for him. It’s gotta be maddening to be on the sidelines while Spieth takes control of the sport. 2. Stacy Lewis. Bidding for her first Women’s Open win, she forged a tie for the lead with four holes to play … and then promptly made her second double bogey of the final round. I love Lewis’s fight, but she still needs to learn to get out of her own way. 3. Chris Kirk. The Colonial champ woulda made a good Open darkhorse but he had to WD after breaking his hand playing with his son. No word yet if that involved a soccer kickabout.

4. Peter Dawson. The outgoing poobah of the R&A had some important victories, chief among them *finally* bringing women into the fold and helping shepherd golf back into the Olympics. But as the golf governing body for most of the world, the R&A failed miserably to regulate how equipment advances have transformed the pro game, and it will be a fitting sendoff for Dawson when the Old Course is torn to shreds. 5. West Coast sports fans. Wimbledon, the Tour de France, the Scottish Open, the Open … it’s a brutal time of the year if you like to sleep *and* watch live sports.