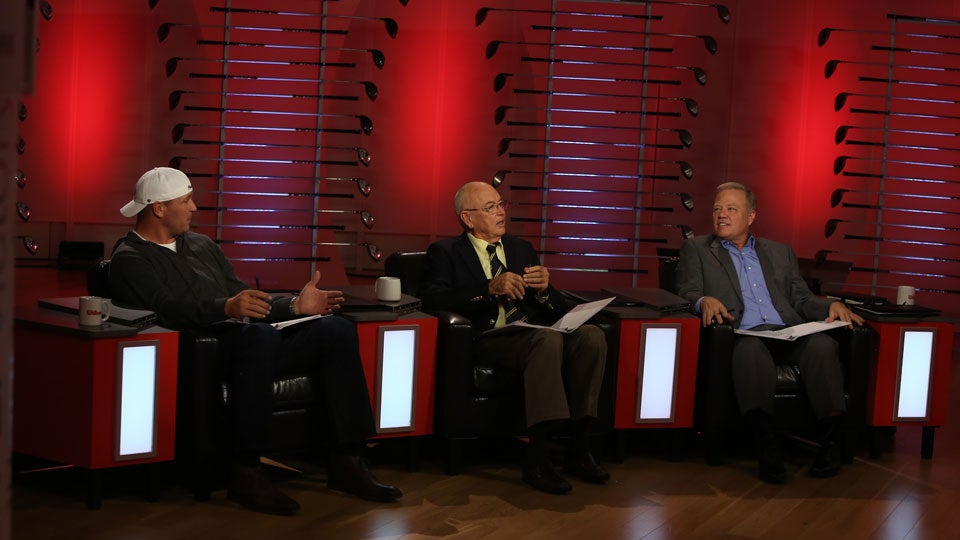 Brian Urlacher, left, will join Kevin Streelman as a judge on Wilson's new show on the Golf Channel.
Courtesy of Golf Channel

A new television show set to debut this fall on the Golf Channel, Driver vs. Driver, will pit driver designs against each other in a seven-episode contest. It will also feature a star-studded cast of judges.

While Urlacher might seem like an odd fit for a golf show, the former football star lowered his existing single-digit handicap from an eight to a five soon after retirement, so you can be sure he loves his golf.

“I really love to play this game, and personally enjoy learning about new equipment,” Urlacher said. “When Wilson offered me a position as a judge, I jumped at the opportunity.”

According to a press release from Wilson, the show will document “the trials and tribulations that aspiring golf equipment designers face as their golf driver ideas and concepts are evaluated, critiqued, refined and tested.”

Winners will not only receive a $500,000 prize but also see their design produced and branded by Wilson to be sold at retail in 2017.

For more information on the show, check out Wilson.com.