Brandt Snedeker Is Back With a Vengeance After Pebble Beach Win 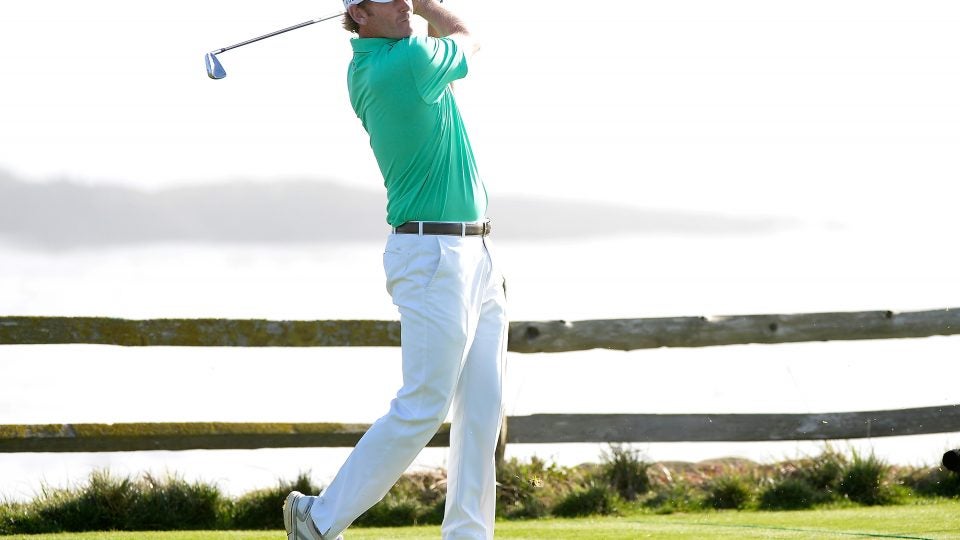 Well, Sneds is back, with a vengeance. On Sunday he wiped away a year and a half of mediocre golf with a dominant performance at Pebble Beach, earning his seventh career victory and reclaiming his rightful place among the elite of American golf.

For Snedeker, 34, the key to the win was reconciliation with his putter, with whom he has been in an abusive relationship.

“Sometimes you’ve got to use some harsh words with the putter if it’s not paying attention and bench them — leave them in a hot trunk for awhile and let them know that they can be replaced,” Snedeker said. “And luckily she understood and got back into working form.”

It’s definitely a she?

“Yeah, yeah. She’s done pretty well over the last nine years, so I can’t quite. … I feel like it’s a marriage at this point.”

Things had gotten so rocky that Snedeker and his putter were briefly estranged last summer. By year’s end he had tumbled out of the top 50 in the World Ranking, after having begun 2014 ranked 13th. (In his career he has climbed as high as fourth.) That left Snedefker on the outside looking in for this year’s major championship and WGCs. The victory now punches his ticket to Augusta and puts him in good position to play his way into every other important event on the calendar.

Early in the week Snedeker said reclaiming his spot in the A-list tournaments was a “huge motivating factor,” and, with typical candor, took ownership of his middling play. “It’s nobody to blame but myself,” Snedeker said. “I need to get out there and get it done.”

In fact, it was a series of nagging injuries that torpedoed his 2014 season, along with the tough decision to leave his longtime swing coach Todd Anderson in favor of Butch Harmon. The lost year was particularly unfortunate because Snedeker had been ramping up for some big things, having taken the 2012 FedEx Cup and then winning twice in 2013, including a macho victory at Pebble Beach. That week he played with wide-eyed rookie Luke List, who looked into Sneds’s soul. “I think he fools people with the smiles and waves and all that,” List said. “He’s a killer.”

That’s not a widely held view of a soft-spoken golfing gentleman by way of Tennessee, but Snedeker brings a hard-edged intensity between the ropes. What underpins his confidence is his special relationship with his Odyssey White Hot XG Rossie.

“The big thing is he thinks he’s going to make every putt,” says List. “It’s cool to watch someone who, no matter where he is on the greens, he’s trying to make it. There are no lag putts with him. That’s a different mentality.” 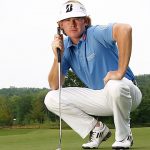 You may also like Brandt Snedeker: Putting Made Easy

Last week, across four rounds on three courses, Snedeker made 23 birdies against a lone bogey, setting a scoring record at one of the Tour’s grandest events. It was his consistency that was the difference-maker on Sunday. His playing partner Nick Watney — remember him? — birdied the first four holes to storm to a two-stroke lead. But Watney hasn’t won in two and a half years and figured to get a little antsy, so Snedeker patiently let his opponent beat himself. Watney complied with five ensuing bogeys coming in while Snedeker was relentlessly mistake-free. He took his first lead with a birdie on the 7th hole and then simply refused to give it up.

One putt on No. 11 said plenty about Snedeker’s competitive makeup; after Watney rolled in a miracle 40-footer to momentarily trim the lead to one stroke, Snedker stepped up and buried a curling 8-footer for a birdie of his own.

“I wanted to let him know I wasn’t going anywhere,” Snedker said, “and I was going to keep doing everything I could to stay in there.”

Said Watney afterward, “I thought Brandt was really solid. That’s what I need to be like next time. He didn’t really show a weakness. On the tough driving holes he hit good drives, and he made the putts you expect him to make.”

Watney, 33, knows how fleeting form can be, even at the highest level. Last year he suffered one of his worst seasons and described it as a “snowball thing. [You’re] putting bad and they you try to hit it closer and you miss short side, so you make bogeys. Then you try to make birdies, and you make more bogeys.”

Snedeker has fought his way back from similar frustrations. He cried walking up to the 18th green, so overwhelmed was he by the magnitude of the moment. “I realized how important this win is for me,” he said. “Gets me back on track to where I feel like I should belong. All the stuff I’ve been doing has been validated.” 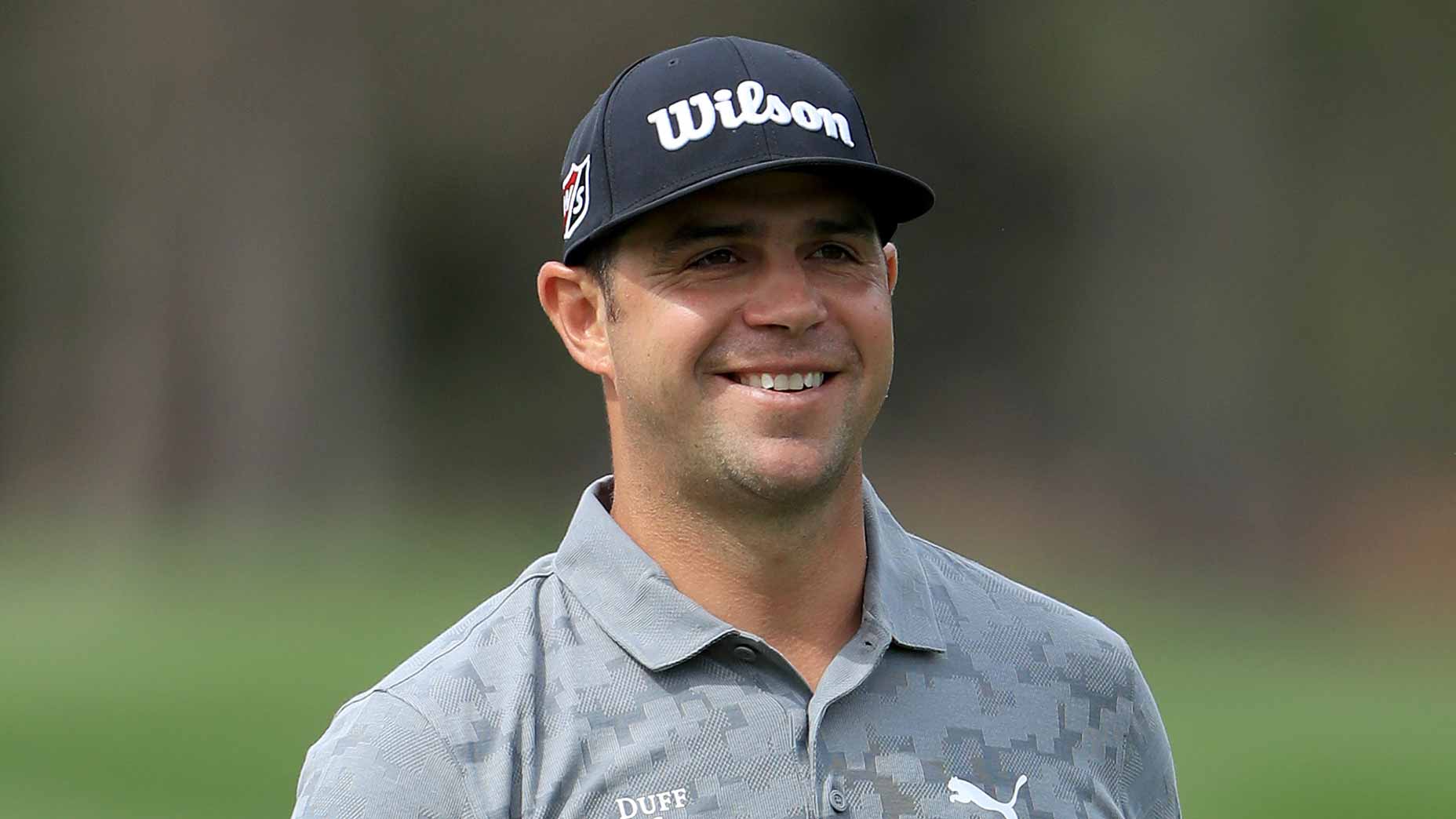 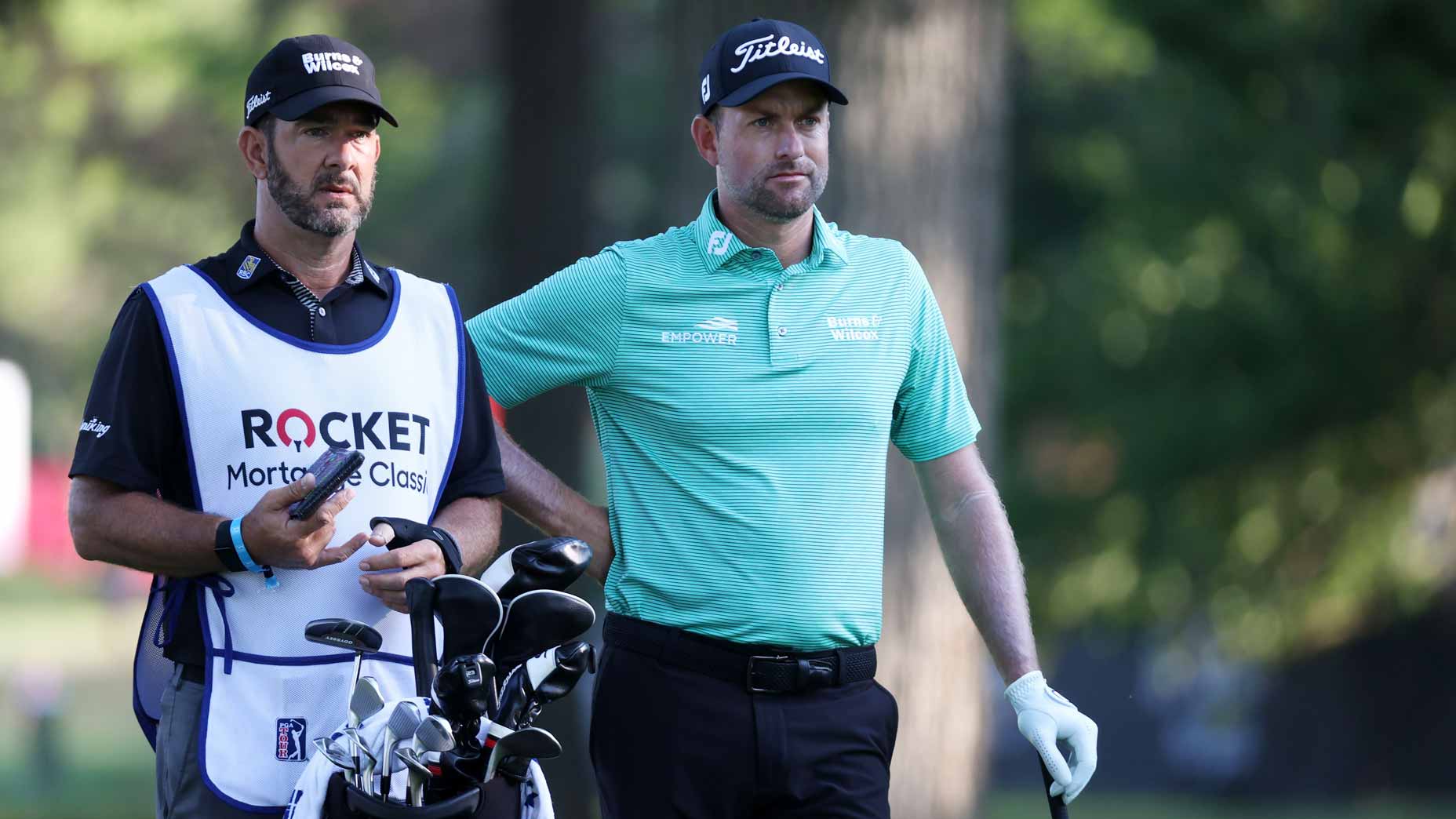 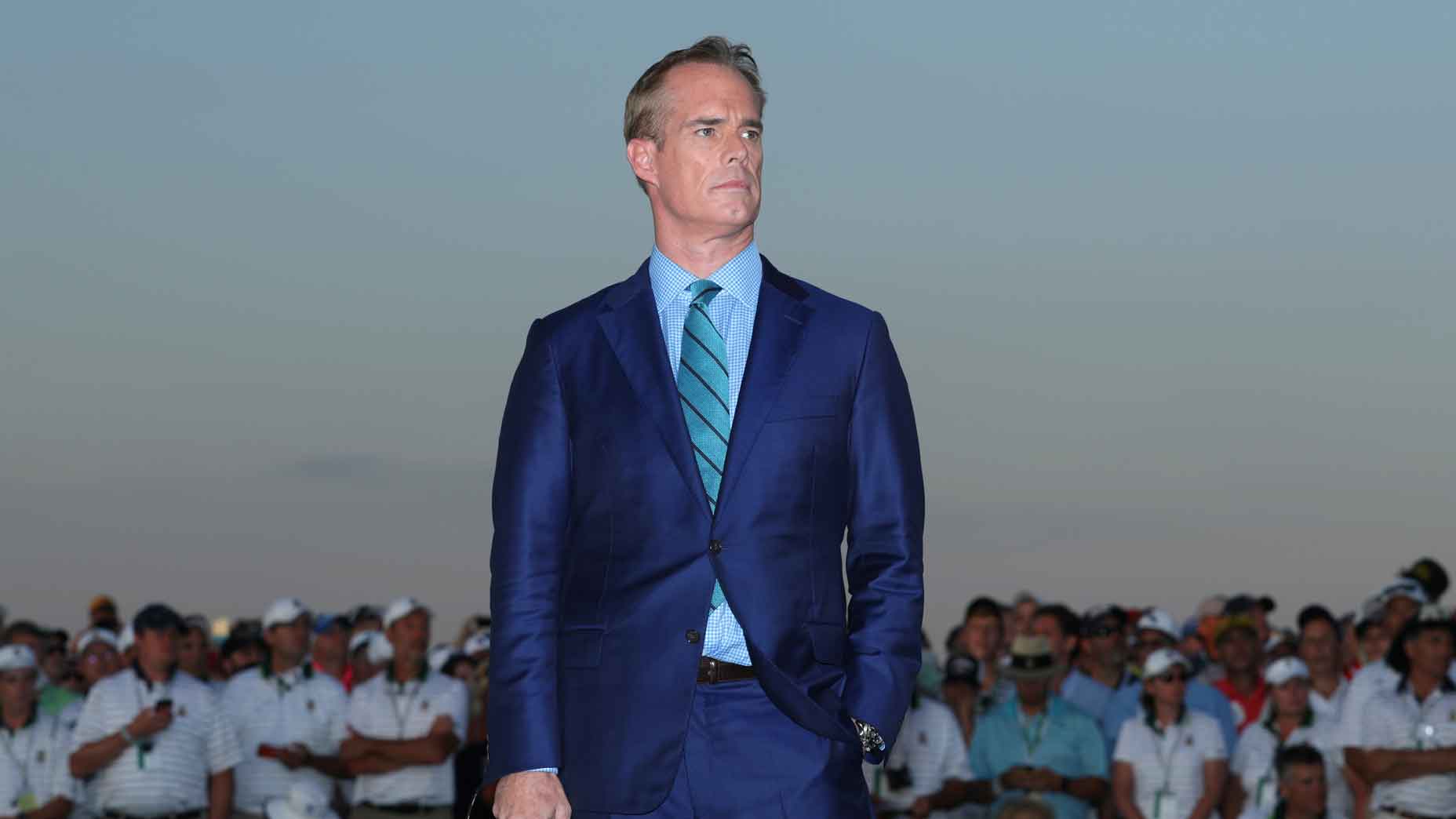 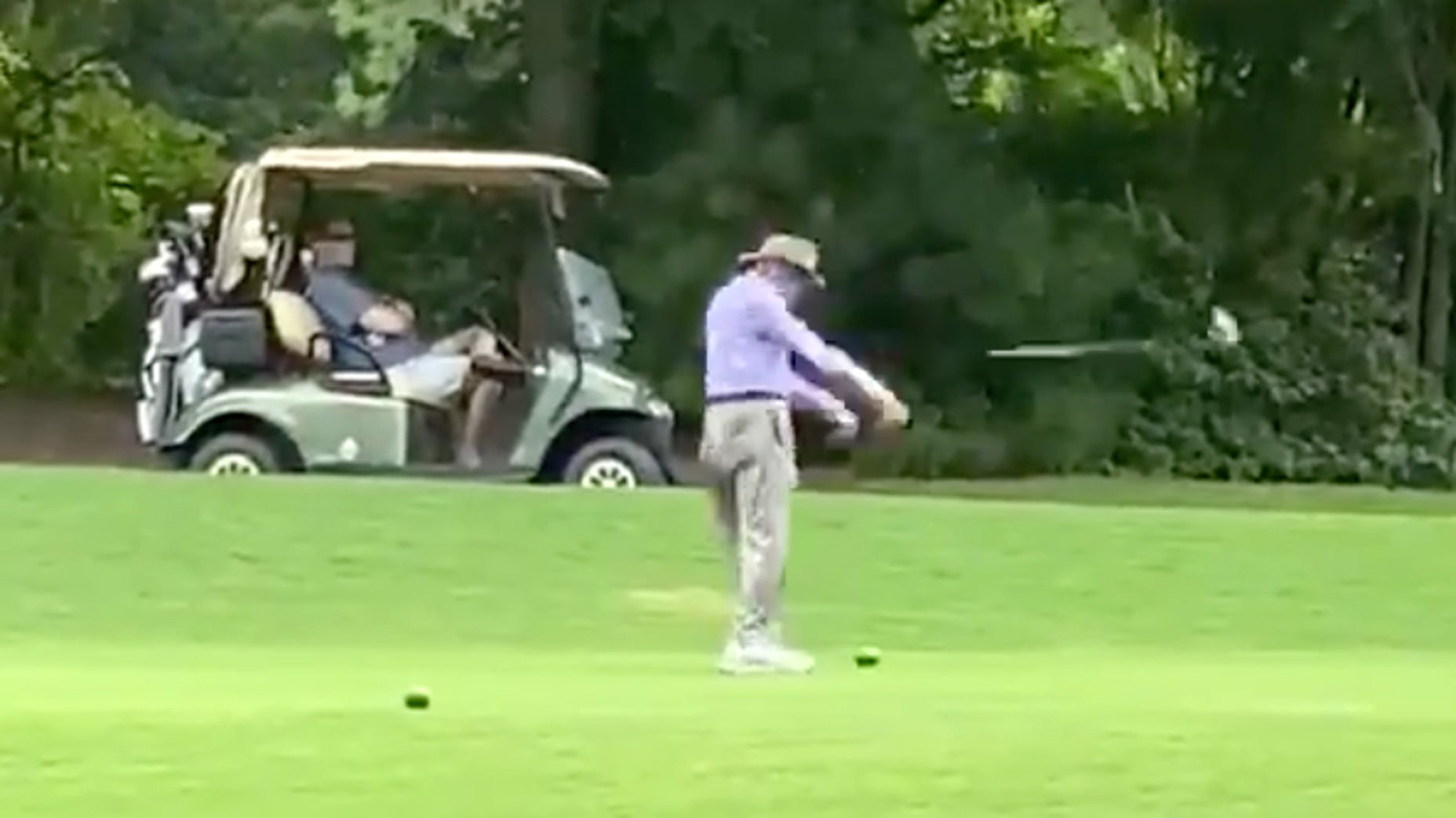