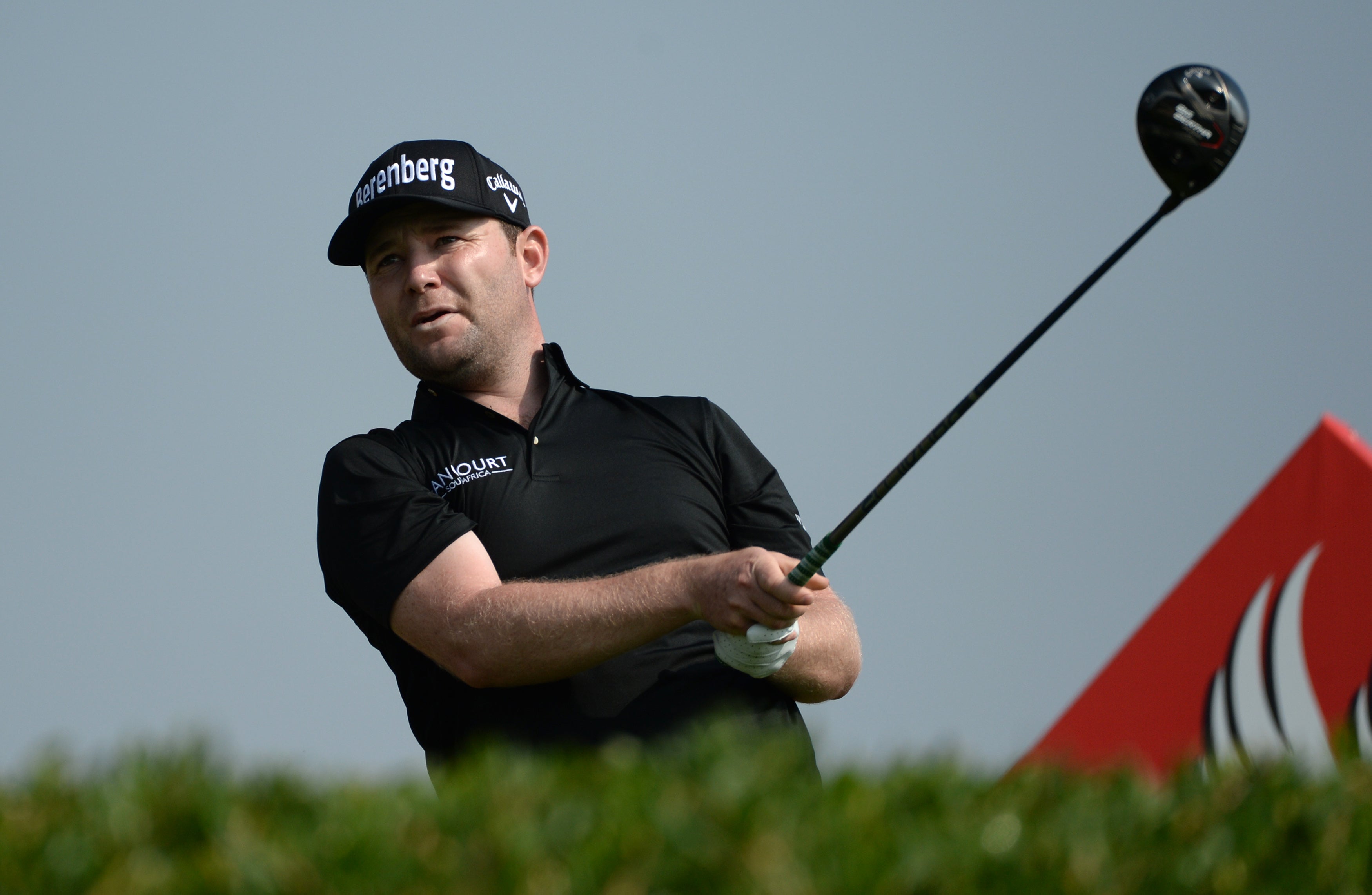 Branden Grace of South Africa watches the ball after the tee off at the 11th hole during the second round of the Abu Dhabi HSBC Golf Championship in Abu Dhabi, United Arab Emirates, Friday, Jan. 22, 2016. (AP Photo/Martin
AP Photo/Martin Dokoupil

DOHA, Qatar (AP) — Branden Grace successfully defended his Qatar Masters title on Saturday, becoming the first player to do so since the tournament began in 1998.

The South African shot a 3-under 69 on another wind-swept day at Doha Golf Club to win the second leg of the European Tour’s so-called “Desert Swing” by two shots over Spain’s Rafael Cabrera-Bello (70) and Denmark’s Thorbjorn Olesen (71).

Grace shot an overall 14-under 274 for his seventh European Tour title.

Scotland’s Paul Lawrie, the overnight leader by two shots, faded away with a 78 and finished tied for 13th at 281, while Spain’s Sergio Garcia (70) shared seventh alongside South Africa’s Louis Oosthuizen (71) at 8-under 280.

Grace made the turn at 1 under with a lone bogey on the fifth after starting with a birdie and adding another on the sixth hole. The turning point came on the par-5 ninth, where Lawrie pulled his tee shot way left and finished with a double bogey to hand over the sole lead to Grace.

Grace is a traditionally strong finisher on the tough back nine here and the highlight Saturday was smashing his tee shot 327 yards on the par-5 18th, followed by an iron to 30 feet away and two-putting for a birdie.

“To win is tough, but to defend is even tougher,” Grace said. “It’s brutal conditions out there.”

Cabrera-Bello had one birdie and one double bogey in his first 15 holes, but finished in better weather with three straight birdies.

“It’s just a tough day, it was common to make mistakes,” he said.