Blair O’Neal: ‘A Round With’ Interview with Jessica Marksbury 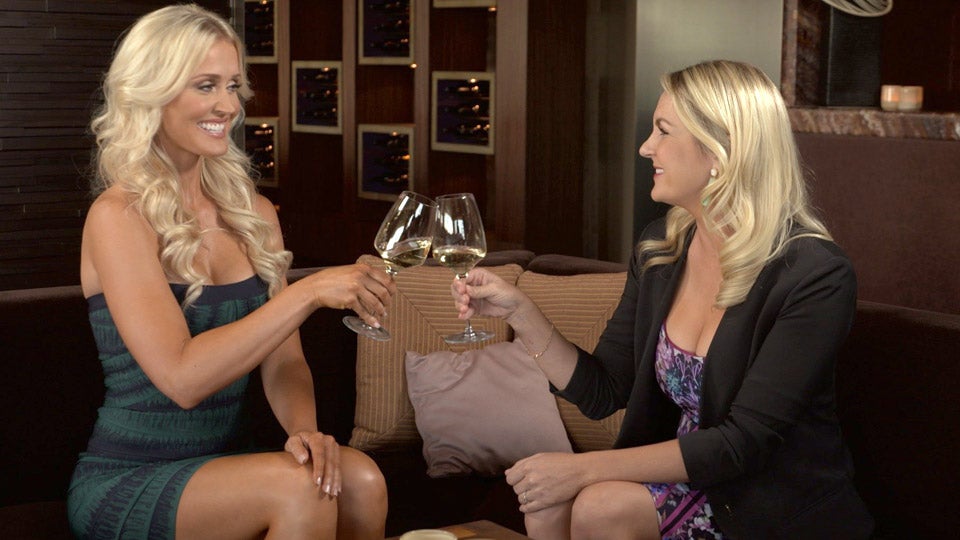 She’s a bomber and a bombshell. The former Big Break star talks fame, fitness and finding her game.

We’re drinking Pinot Grigio. What does that say about you?

I’m normally a red-wine drinker, but since we’re in Arizona and it’s hot outside, I thought we needed something refreshing. And white wine is cold and delicious!

Your star has been on the rise since you first appeared on Golf Channel’s “Big Break,” in 2009. When did you get your first taste of feeling famous or recognizable?

An airport is a really good place to get recognized, even when you don’t want to. Last week, someone messaged me on Twitter and asked, “Are you at Terminal 4, Gate 23?” [Laughs] But I did get noticed a lot more after being on “Big Break.” The exposure from the show was amazing.

After playing college golf at Arizona State, you decided to take a break from competitive golf and travel the world as a model. How did that come about?

I turned professional when I graduated and played a bit in Asia and on the Symetra tour. Then I had an injury — I broke my foot. I had been modeling as a way to pay my expenses, so after I got injured, I decided to take advantage of some other opportunities and put the clubs away. But I never told myself I was quitting forever.

WATCH: ‘A Round’ With Natalie Gulbis

How hard was it to go back to playing professionally after five years away?

When I would play sporadically [during my modeling years], I would play great, and I remember thinking, Why am I not playing professionally? But getting the call from Golf Channel to go on “Big Break” is really what spurred me back into playing competitive golf.

You may also like Blair O’Neal: Most Beautiful Women in Golf 2016

How important has fitness become in your life?

I’ve been working out a lot. I do a lot of exercises geared toward golf that have been helping me both on and off the course. It’s just something you have to do as a professional. You want to be in your best shape, and it’s also about longevity in the sport. I’m definitely seeing improvement.

So, does ASU really live up to its party-school reputation?

As a scholarship golfer, I didn’t really party a ton. I think I partied more after I graduated. My timing was a little off, but I got it in!