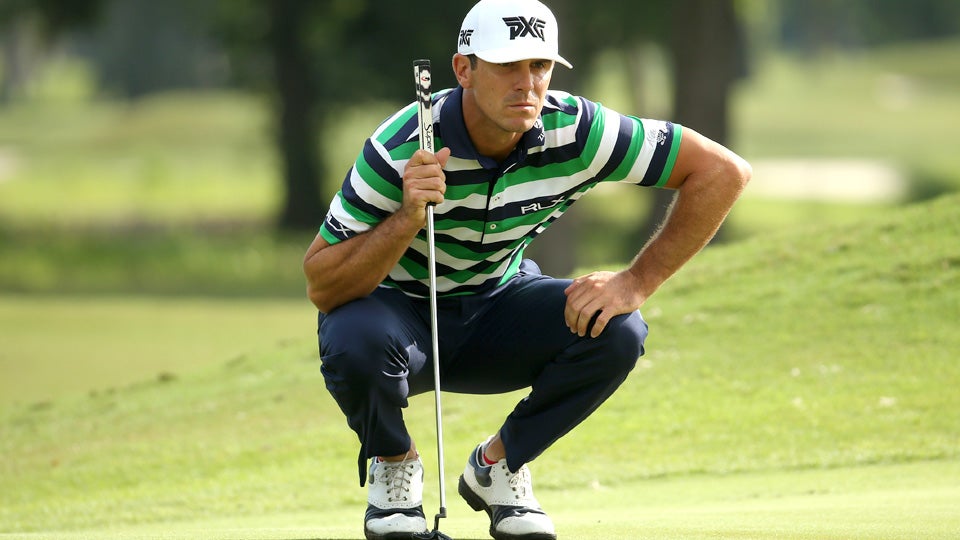 Billy Horschel made two birds during the third round of the Zurich Classic.

While the Zurich Classic was on yet another weather delay during the third round of the tournament on Sunday, the Golf Channel telecast showed a handful of players hanging out, seemingly bored, as they waited for their rounds to resume. That’s when Horschel was caught on camera playfully making a certain hand gesture.

Horschel was quick to apologize on Twitter, saying he didn’t know that the cameras were rolling and that he was just playing around with Golf Channel personality George Savaricas, and it seems the Twitter world was quick to forgive Horschel as well. Hey, rain delays get the best of all of us.

Horschel is currently six off the lead in New Orleans. Apologize if a certain finger was count on tv. Was messing around @GeorgeSavaricas. It was all in good fun. #sincerelyapologize

Want to reiterate that I was not giving a finger to the camera. It was all in good fun w/my buddy @GeorgeSavaricas. pic.twitter.com/RgiHEVlivS

Thanks for all the support Twitter fans! You get it was a joke towards @GeorgeSavaricas. Didn’t realize we were live on camera.