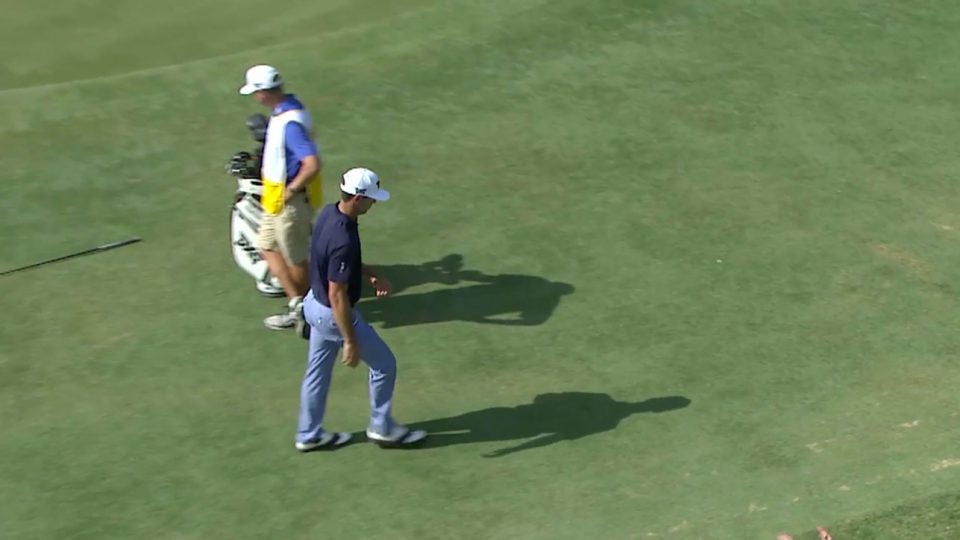 Billy Horschel was fired up after making a bogey on the 13th hole Friday. He would miss the cut.
PGATour.com

Billy Horschel has proven himself a fiery golfer, showing his emotions on the course, both in good situations and otherwise. He did so again on Friday at the Players Championship, and after receiving all kinds of flack on Twitter, he felt the need to apologize for it Saturday morning.

In the 99-second video below, Horschel explains what he considered an hard, tough bounce on the 13th hole, but knocked in a 5-wood chip for bogey. As you can see in the first video, Horschel’s reaction was swift as he tossed his club at his caddie, Josh Cassell and walked straight to the next hole leaving his caddie to get his ball from the cup.

@MadeByTim @BillyHo_Golf And then Billy does his best gator impression and throws his club at his lowly caddy and makes him go get the ball pic.twitter.com/6EKy2w2IVL

Clearing the air. Take it or leave it. #truth pic.twitter.com/ulLJHAo6qX