Bill Murray To Be Inducted Into Caddie Hall of Fame 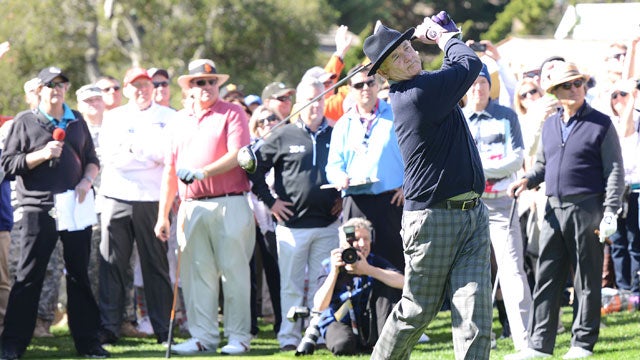 Actor Bill Murray is seen on the 1st hole tee-off during the 3M Celebrity Challenge before the AT&T Pebble Beach National Pro-Am at the Pebble Beach Golf Links on February 11, 2015 in Pebble Beach, California.
Getty

The men behind golf’s most beloved fictional caddies are getting a very real honor.

Bill Murray and his five brothers will be inducted into The Caddie Hall of Fame at a private dinner after they compete in the BMW Championship pro-am at Conway Farms Golf Club in Lake Forest, Illinois on Wednesday.

Growing up 30 minutes away in nearby Winnetka, Murray and his brothers caddied at Indian Hill Club. Bill’s brother Brian wrote the 1980 hit comedy Caddyshack (in which Bill stole the show as deranged greenskeeper Carl Spackler) based on their experiences as young loopers there.

The Caddie Hall of Fame was created in 1999 by Dennis and Laura Cone and the Professional Caddies Assocation, but the Western Golf Assocation took it over in 2011.

According to its website, inductees are either junior caddies (“prominent individuals who have used their caddie experiences as a steppingstone for future success”), caddie administrators or career caddies, though its inductees also include legendary golfers such as Jack Nicklaus, Tom Watson and even Old Tom Morris.