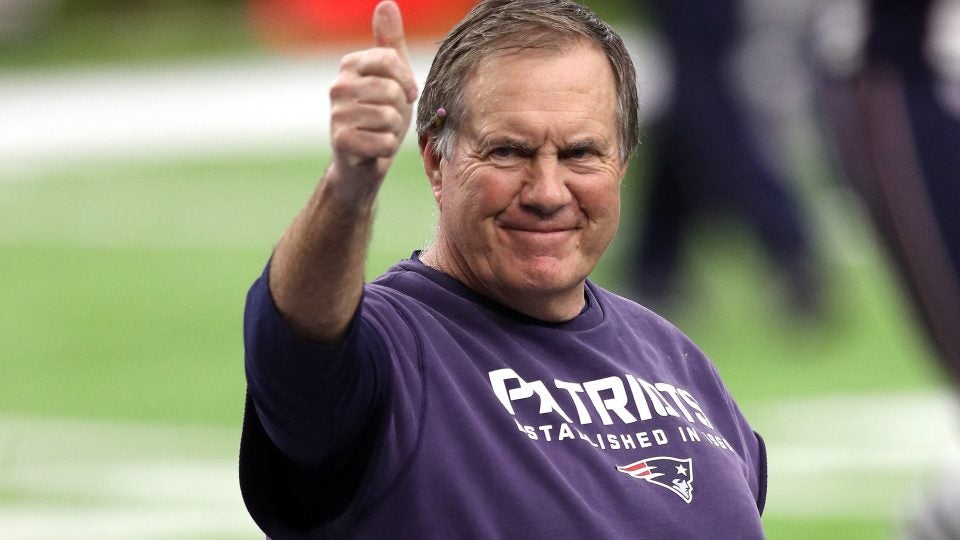 HOUSTON, TX - FEBRUARY 05: Head coach Bill Belichick of the New England Patriots gives a thumbs up on the field prior to Super Bowl 51 against the Atlanta Falcons at NRG Stadium on February 5, 2017 in Houston, Texas. (Photo by Patrick Smith/Getty Images)

Bill Belichick is celebrating his latest Super Bowl victory with a tee time in Pebble Beach.

The Patriots’ head coach, who led New England to a 34-28 win over the Atlanta Falcons Sunday, is in the field for this week’s AT&T Pebble Beach Pro-Am.

This will be the 64-year-old coach’s fourth time playing in the event. According to the Eagle-Tribune, ​Belichick will be paired with Ricky Barnes, whose father, Bruce Barnes, was a punter for the Patriots from 1973-74.