Monday qualifiers lie at the intersection of golf’s big dreams and its harsh realities. Any aspiring pro can enter, but the odds of a random qualifier making a big splash on Tour are very, very long.

The beginning of the FedEx Cup playoffs mark the end of the 2016-2017 season’s 24 open qualifying tournaments. Many marquee events—majors, WGCs, FedEx Cups playoffs, and invitationals—don’t have Monday qualifiers, but each event with a Monday holds four open spots (except the Waste Management Phoenix Open, which has only three). Let’s review how they went down in 2017:

OKAY, SO WHO PLAYS IN A MONDAY QUALIFIER?

A lot of players do—and far more don’t even qualify for the qualifier. Take this year’s Honda Classic, where 444 players competed at three sites in the pre-qualifier the week before the event. Only the top 30 played their way through to Monday, each earning the right to tee it up alongside a group of 91 already-exempt players (most of them with Web.com or conditional PGA Tour status) that comprised Monday’s field. That crop of 121 then competed for four spots. 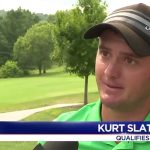 WHAT DOES IT TAKE TO ADVANCE THROUGH A MONDAY?

At the Honda qualifier, Joey Garber shot 63 and Ryan Armour shot 64 to make it through, while five players deadlocked at 66 played off for the final two spots. This was typical of Monday scores; MondayQ.com tracks professional qualifiers and found that over the course of the season the 95 players who advanced shot an average score of 65.88.

The year’s lowest scores came at the qualifier for the Shell Houston Open, which yielded a 62 and two 63s. Six players shot 64 and had to play off for the fourth and final spot, which Jason Gore ultimately earned with a birdie. And to advance, you’d better be ready to go low: just six of the year’s 24 Mondays had players qualify with scores higher than 67.

WHO WERE THE BEST QUALIFIERS?

Three players—Chase Seiffert, Ted Purdy, and Y.E. Yang—qualified for the most events: three each. And four guys went the lowest: Max Rotfull, Michael Schoolcraft, Colin Monagle, and Riley Arp each shot a round of 62 to make it into an event.

On the whole, not great. Of the 95 qualifiers, 69 missed the cut, and just three players who made it to the weekend cracked the top 20. None finished in the top 10, which would guarantee a start in the following week’s event.

HOW MUCH DID THE QUALIFIERS MAKE?

You don’t earn anything for winning a Monday qualifier—or for missing the cut—so the large majority of qualifiers walked away with nothing. But others earned healthy paychecks, and combined, the season’s Monday Qualifiers earned $757,302.69. A large sum, to be sure, but still not enough to keep up with the big earners on Tour: if all Monday qualifiers pooled their earnings, they would be 132nd on the money list, one slot behind Trey Mullinax. Put another way, the 95 Monday qualifiers made just under $8,000 per event.

So the next time you hear the announcers talk about a Monday qualifier moving up the leaderboard, wish them luck.

Chances are, they’ll need it.