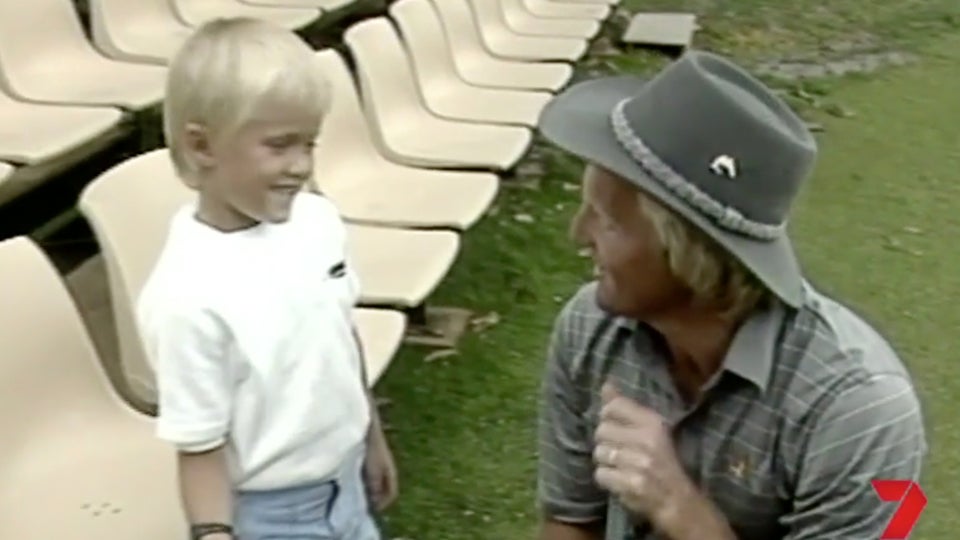 It makes sense that Matt Jones won his second worldwide tournament — he was expected to be this good from the time he was 6 years old.

After Jones’ Australian Open win on Sunday, 7 News Sydney tweeted this cool feature story from 1987, in which Jones meets the Shark. The video starts with an interview with Jones, who had just recorded his first-ever hole-in-one (remember, he was 6).

In the clip, he tells us about his first ace, which clubs he likes best — he narrows his pick of his favorite irons to three of them — and then he meets Norman (and caddie Steve Williams) at the Australian Masters.

At the end of the video Norman gives Jones a hat and signs an autograph for him (although Matt says he can’t read it).

It’s a fun seven-minute video worth your time. You can watch it below.