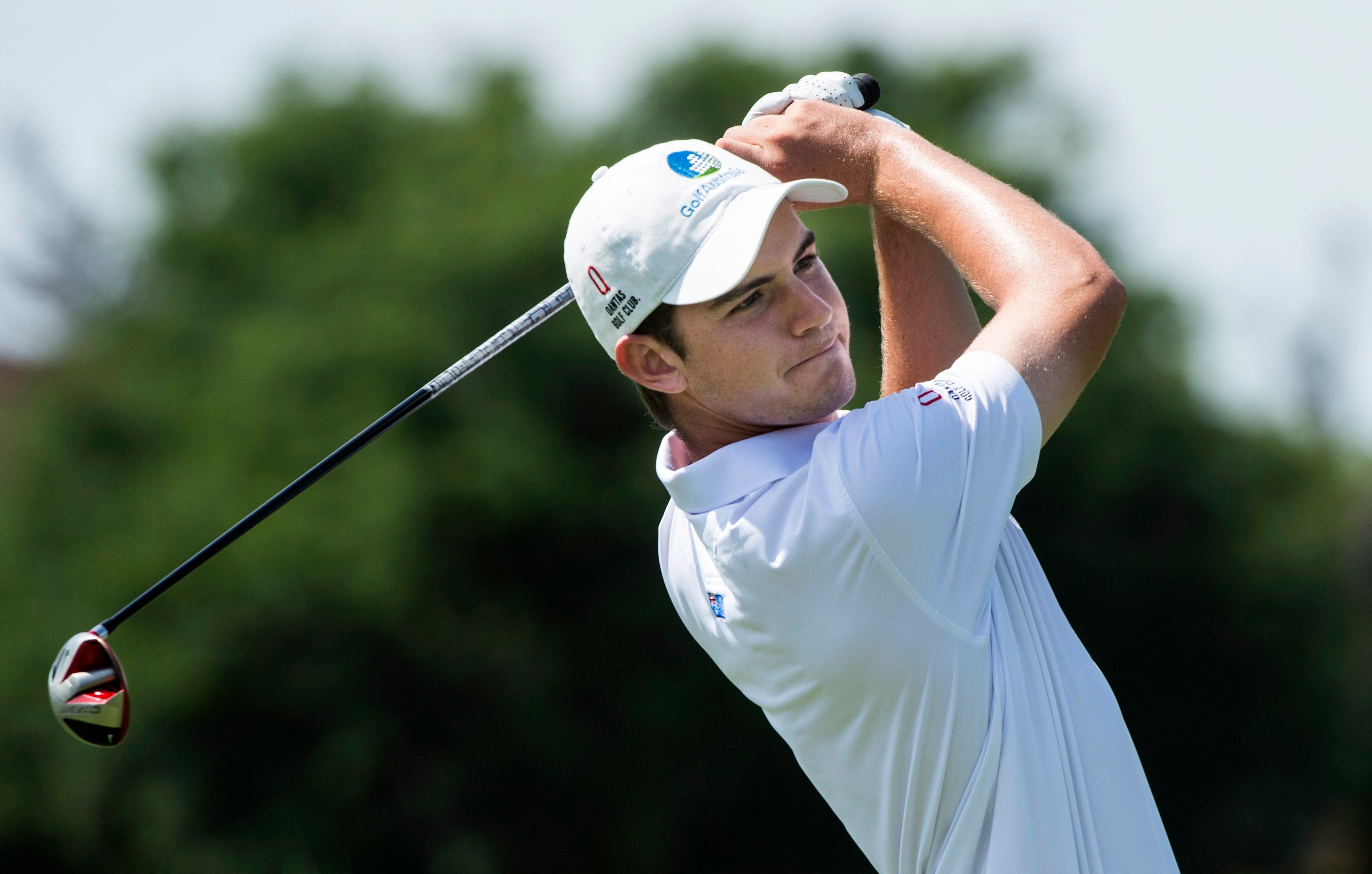 Ryan Ruffels is letting his game speak for him.

The 17-year-old Aussie shot an opening-round 70 in his much-anticipated pro debut in the Farmers Insurance Open at Torrey Pines on Thursday. The score leaves him four shots off the lead and a shot behind five-time major winner Phil Mickelson, who publicly chastised Ruffels at his pre-tournament press conference on Wednesday.

Ruffels recently told a member of the Australian media that he relieved Mickelson of $5,000 in a money match at Torrey Pines in December. Mickelson made it clear that he didn’t appreciate Ruffels speaking publicly about the wager.

“He’s young and he’s got some things to learn,” Mickelson said. “One of them is you don’t discuss certain things. You don’t discuss specifics of what you play for. And you certainly don’t embellish and create a false amount just for your own benefit … That’s high school stuff.”

Ruffels hasn’t responded to Mickelson’s rebuke but, despite the drama, he seems optimistic about the rest of the tournament, saying that 70 was probably the “worst score” he could have shot on Thursday. Next up is the South Course, where he won the Junior Worlds in 2014.

“I’ve played good rounds out there, and obviously it’s a little tougher now; the rough is up and that sort of stuff,” Ruffels said. “But I’m playing good, so there’s nothing that’s going to stop me.”