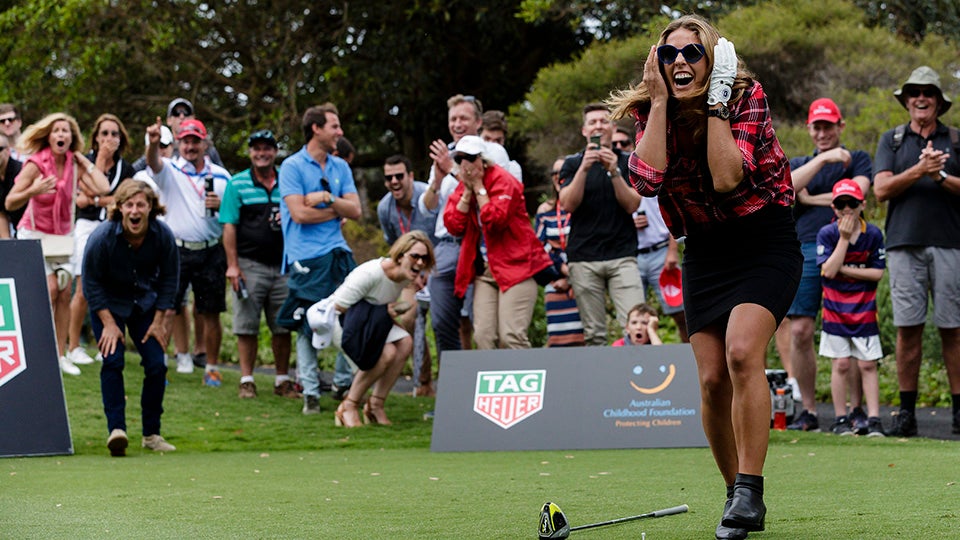 Torah Bright after teeing-off straight into a cameraman at the Tag Heuer Hole In One Challenge at the Royal Sydney Golf Club.
Brook Mitchell

Australian snowboarder Torah Bright may have won a gold medal at the 2010 Vancouver Olympics, but her stuff off the tee could really use some finessing.

The 29-year-old fired her drive right into a camera operator at a Sydney charity event Saturday. The crowd reacted almost as quickly as the cameraman dropped his camera, but luckily, he came out unscathed. Bright rushed over to offer her apologies before crumbling into a fit of embarrassed laughter. The cameraman will have an unlikely souvenir in the form of a big welt on his shin come Sunday.

The swing itself looked pretty good, but Bright will have to work on closing her clubface if she wants to avoid this again….or, she’s probably going to stick to the half-pipe from now on!