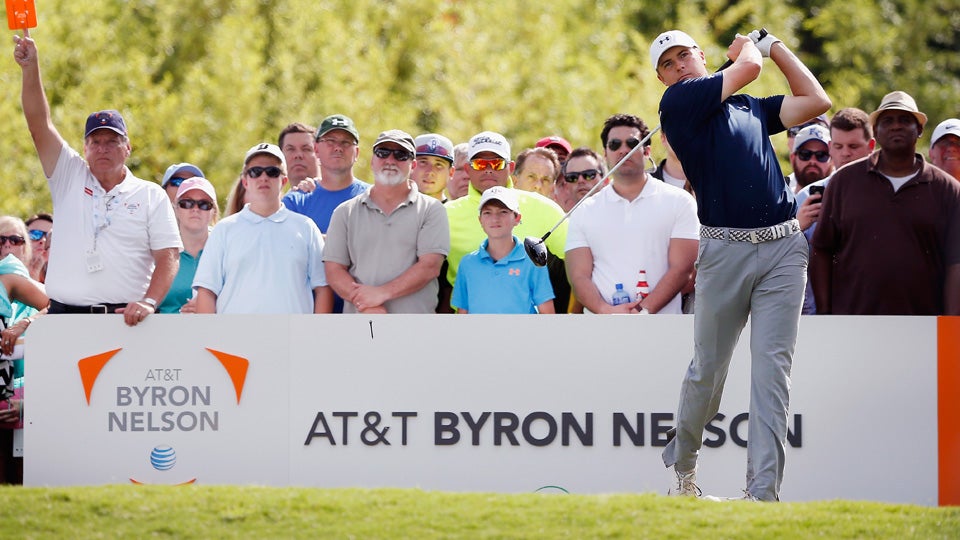 Jordan Spieth tees off on the 9th hole during the third round of the AT&T Byron Nelson at TPC Four Seasons Resort at Las Colinas in 2015.
Getty Images

The scheduling change was confirmed to GOLF.com by senior members of the sponsoring Salesmanship Club. The formal announcement will be made at Trinity Forest on Wednesday and will include Dallas resident Jordan Spieth and Andy Pazder, the Tour’s executive vice president and chief of operations.

Salesmanship Club officials said the early move came about for two reasons: The club and the Tour came to an agreement with the Four Seasons Resorts owner, Blackstone Real Estate Advisors, to get out of the contract early and the Tour’s agronomy staff has signed off on when the course could host its first professional event. Lance Peters, director of marketing for the Four Seasons Resort in suburban Irving, said he has been told of the announcement. “We will send out a formal statement as soon as they are finished,” he said.

The move had been speculated as early as 2013. AT&T and Trinity Forest, headed by a three-man executive committee of PGA Tour player Harrison Frazar, AT&T executive Ron Spears and Dallas developer Jonas Woods, announced the tournament would move to the new course at some point.

Trinity Forest sits on a reclaimed and remediated plot of land owned by the City of Dallas. Coore and Crenshaw built a links-style layout with no trees and little water, but the layout features undulating terrain and intriguing hole designs.

Members of the USGA’s championship committee, including Executive Director Mike Davis, have toured the property and were impressed with what they saw. The club is actively seeking the U.S. Amateur, which has never been held in North Texas, and possibly the U.S. Mid-Amateur. There has also been discussions about the course landing a FedEx Cup tournament or perhaps even a PGA Championship.

The course formally opens this weekend with Crenshaw conducting a clinic for the membership. Trinity Forest also features a practice area and locker rooms for the SMU men’s and women’s teams along with a facility and a short course to be used by the First Tee of Dallas, among others.