At the Players, only the strong survive: Why the stars are likely to shine this week

Here it comes, people. The new and improved Players Championship, concluding on Mother’s Day, as it has for 10 years now. (Before that, it was a staple of the March golf calendar, the end of the Florida Swing.) The list of May winners is a murderers’ row of talent and shows the course is open to golfing excellence in its various forms:

2008: Sergio Garcia. A clinic in distance control with the irons.

2009: Henrik Stenson. A preview of what we saw at the 2016 British Open. Such a relentless pounding on his way to the green, he didn’t have to do that much on it.

2010: Tim Clark. Guts and putting and long clubs into distant greens. A win that shows anybody can win on the course if he can control his ball.

2013: Tiger Woods. Event played like a U.S. Open with Garcia struggling at the close and Woods winning from the scorer’s trailer.

2014: Martin Kaymer, by a shot over Jim Furyk, with the course again playing like a fairways-and-greens U.S. Open precision test.

2015: Rickie Fowler, showing that keeping your ball dry down the stretch is the ultimate and necessary starting point to winning.

2016: Jason Day, by four shots, dominating with every club in the bag, almost reminiscent of Woods at the height of his powers.

The PGA Tour marketing department annually touts how strong and deep the Players field is, and it is. But if you look at those 10 names, you have to think that the winner this week is going to come from the elite of the elite, that the course, with all its fine-tuning, has proven that it can identify singular golf talents. In other words, would anyone be surprised if the winner was Dustin Johnson or Rory McIlroy or Justin Thomas? Or Jon Rahm or Justin Rose or Jordan Spieth?

The point is, based on the past 10 years, the winner is not likely to be a player who comes to the Players and finds his game there. For example, it’s hard to imagine Keegan Bradley, 105 in the World Golf Ranking, winning. The course is just too efficient at exposing weaknesses. Well north of Bradley, here’s a trio of former major winners who are still excellent golfers but given their World Ranking suggests they are coming in from too deep: Jason Dufner, who is 63 in the world; Webb Simpson, who is 68; and Furyk, who is 69. Don’t watch the Players looking for Brian Harman to beat Rahm down the stretch. Don’t look for a miracle. Day will attempt to become the first person to win consecutive Players titles but he is doing so, as is his want, realistically. “Just goes to show you how hard it is to come back and play this golf course, because it does test every aspect of your game, not only the physical part but the mental part, as well,” Day said, offering a theory on why nobody has defended successfully. (And none of the May winners have won again, either.) Said Day, “If you don’t come into a golf course like this sharp in both areas, then it will really unfold out there.”

The par-4 12th has been redesigned as a shorter hole that will tempt players to drive it, depending on the state of their driver and 3-wood game and the location of the pin and their location on the leaderboard. That’s the beauty of the short par-4: It will make you think so hard you can get a headache. Discussing the new 12th, Spieth said in a press conference, “Well I lipped out for a 1 today and had about six feet, and Michael [Greller, his caddie] said that was the worst thing you could have done because now I believe I can do it each time. The way the hole’s structured, if I hit a draw and it lands towards the middle or left half of the green, it can go in the water very easily. It would have to get a good break not to. Then if you hit it just right of the green and it kicks straight, you end up in this swale that to any of the right pins, especially back right—back right you have no chance. The front-right you have the potential to putt it up there close, but it’s just the back-left you can get it up there and miss it right, and even if you’re in the rough or the bunkers or whatever, you can get it close to the hole and therefore I think the risk is worth it because you can drive it on to the middle of the green. But those other pins I haven’t found it to be worth it, especially back right.

“And I’ve hit 5-iron, sand wedge, 4-iron, sand wedge to the back-right location. Just to see kind of how it would react. I mean, if you can hit an iron off the tee into that fairway and have a sand wedge in, we’re going to get that as close as a lot of chips or bunker shots. So it’s not necessarily worth it when you don’t have that room.” 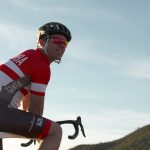 You may also like Paul Casey, one of the Tour’s top cyclists, reflects on the Ryder Cup, his career

That is not hyperbolic. In these uncertain times, with network TV golf ratings dropping, it is a powerful statement that FedEx is making a long-term commitment to the game. It suggests that the company has faith the Tour will figure out ways to bring tournament golf to viewers who did not watch it on their HD televisions while sitting in an easy chair.

In the meantime, the most important things do not change. Somebody will play 72 challenging holes in the fewest strokes this week at the Stadium course and take home $1.9 million, a five-year Tour exemption and invitations to the four major championships in their next three playings. That’s a serious incentive, no matter what you think of the course. It tends to bring out the best in the best.