#AskAlan: When will a Tiger ‘comeback’ NOT be breathlessly over-reported?

Final group, back nine at ’18 Masters: a refreshed Rory with a new, tighter swing and short game vs. Tiger, who is back to approaching some form on his favourite playground. Record viewing figures? And who wins? – @MrEdwardLight

The earth would stop spinning on its axis. Cats would be sleeping with dogs. And yes, the TV ratings would be Super Bowl-like. We wouldn’t even need Rory – just Tiger on the prowl at Augusta would be enough. But that would be a fascinating matchup, given McIlroy’s scar-tissue at the Masters and all the missed chances Tiger has suffered there since 2005. I predict we’d see some yippy putting strokes but Rory would fend off his boyhood idol by simply overpowering the back-nine. 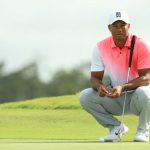 You may also like WATCH: Tiger Woods makes an eagle at Hero World Challenge pro-am

Tiger did this exact same song and dance last year; he’s the Brett Favre of the golf world at this point. At what age will a December Hero World Challenge Tiger “comeback” NOT be breathlessly over-reported? AKA, when will he be done in the media’s eyes? – @RobbieVogel14

I think this is the last hurrah for Tiger-induced heart palpitations. This comeback is different for two key reasons: 1) he had a do-or-die back surgery that may in fact allow him to practice and play more than he has in a very long time, which gives Tiger a chance to rediscover some form, 2) it’s his first comeback post-rehab. From everything Tiger has said and the toxicology report from his DUI arrest, it’s pretty clear he was stuffed full of all kinds of pills, stretching back years. To play golf at the highest level you need a clear mind and steady hands, and it’s hard to have either battling a serious addiction. It’s true that Tiger has said rosy things in press conferences around his previous comebacks but that was clearly wishful thinking. He may now have, finally, been reborn as a more whole person. It doesn’t mean he’ll ever again be a dominant golfer but even a few flashes of the old brilliance will be thrilling and satisfying. But if his body breaks down again or the chip-yips return it will be impossible to ever again muster this level of enthusiasm.

Regarding the last Tour Confidential, this idea that Tiger can get back to finding “joy” in golf. Even when he was dominating I never felt the game brought him any pleasure or joy. Am I remembering incorrectly? – Jill (@Jalawsons)

No, your memory is glumly accurate. Winning brought Tiger relief and validation, but joy was fleeting at best. One of the saddest stories about Tiger is from The Big Miss: early in his relationship with Elin he won a tournament and she was elated and eager to throw a celebration. Elin explained that whenever Jesper Parnevik had won a tourney a big blowout ensued. Tiger said, ‘Hey, I’m not Jesper – I’m *supposed* to win.’ There would be no party.

I think the collective hope is not that Tiger can rediscover joy but rather experience it for the first time. His dad is gone, all of the meticulously-constructed facades have crumbled, he has experienced the worst public humiliations imaginable, the chase to catch Jack has been abandoned. Now, for maybe the first time ever, Tiger can play golf with no pressure and no expectations. That has to be freeing.

Do you buy (pardon the pun) that there isn’t a market for bifurcated equipment? I have a choice of 130 wooden bats online at Dick’s. – Mike (@mcaverhill)

I think there could be a huge market for a high quality ball that flies 10-20% shorter. Two of my favorite local courses to goof off with buddies are quite petite: Pacific Grove muni (5,727-yard par-70) and Monterey Pines (5,556-yard par-69). I’d *love* to have a reduced flight ball that allowed me hit more drivers and longer clubs. Par-3 courses are all the rage these days and a track like Bandon Preserve would be an awesome challenge swinging some hybrids and 5-irons instead of nothing but short-irons. Think of the pace-of-play implications on a 7,000 yard course if everyone moved up a couple of tee boxes! So bifurcation could have some wonderful consequences. 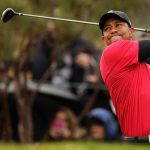 You may also like Brandel Chamblee’s 11 spiciest Tiger takes, ranked

Seems to me the ball and equipment advances and the impact on courses is a media or at most a pro-only issue. Been playing the same course for 25+ yrs. It is still very challenging. Handicaps at my club and I expect others are higher than the past. Your thoughts? #AskAlan – John (@jkellegrew)

Yes, golf is still a very difficult game for most of us. That is why bifurcation is seeming more inevitable – allow everyday golfers all the advantages they can buy but throttle back the pros’ gear so they can again be challenged by the courses they’ve now outgrown.

Why has no PGA Tour golfer ever come out of the closet? When will we see the first? – @MarkInVictoria

Given the thousands and thousands of men who have passed through the Tour it is a statistical certainty that some have been gay. But golf has always been a few decades behind on any societal issue; only in the last few years have professional athletes en masse been emboldened to reveal their true selves. Golf’s conservative, country club values remain largely intact, which I’m sure gives pause to any dudes considering coming out. But it’ll happen someday, as inexorably as Shoal Creek accepted African-Americans and women became members at Augusta National. 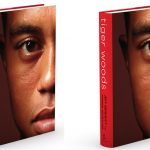 You may also like Tiger in full: How the authors of an ‘immersive’ Tiger Woods biography unearthed new revelations

If I’ve only got one golf trip in me in the next year– Bandon Dunes or Scotland? – @CraigPostons

He’s certainly the next man up. What’s impressive about Schauffele is how well-rounded his game is: in 2017 he was 20th in strokes gained off the tee, 26th in greens in regulation, 40th in strokes gained putting. He won at Greenbrier and East Lake, a couple of legit tracks that ask different questions. I’m definitely excited to see how he builds on this breakthrough season.

Wouldn’t golf be better for amateurs if all the white stakes were replaced with red ones? How often does anyone really go back to where they hit their shot? Do whites dissuade anyone from hitting a bad shot? Discuss. – Greg (@gkellynyc)

Yes, everyone hates O.B., which is a time-waster and scorecard-killer. The real issue is Mrs. Underhill’s lawn. A lot of white stakes are guarding houses, right? If you make those red, golfers will try to play the ball where it lies, as if in a dry creekbed or some of the other playable places set off by red stakes. But homeowners don’t want golfers mucking around on their turf. What the games needs is a new colored stake. Make it orange, or blue, but this new rule would prohibit you from playing the ball across the boundary line but allow you to drop at the point of entry. Seems like a sensible compromise.

No self-respecting pro would ever take a shot from another pro. It’s just not done. Recall that around the turn of the century Mark O’Meara played a ton of practice rounds and casual games with Tiger, who was simply better at every facet of the game. O’Meara used to occasionally bitch to Tiger that he needed a shot or two to make it fair, to which Woods always had the same rejoinder: ‘You’ve got a putter.”