AskAlan: The Future of Spieth, Euro Tour’s Hoopla and More 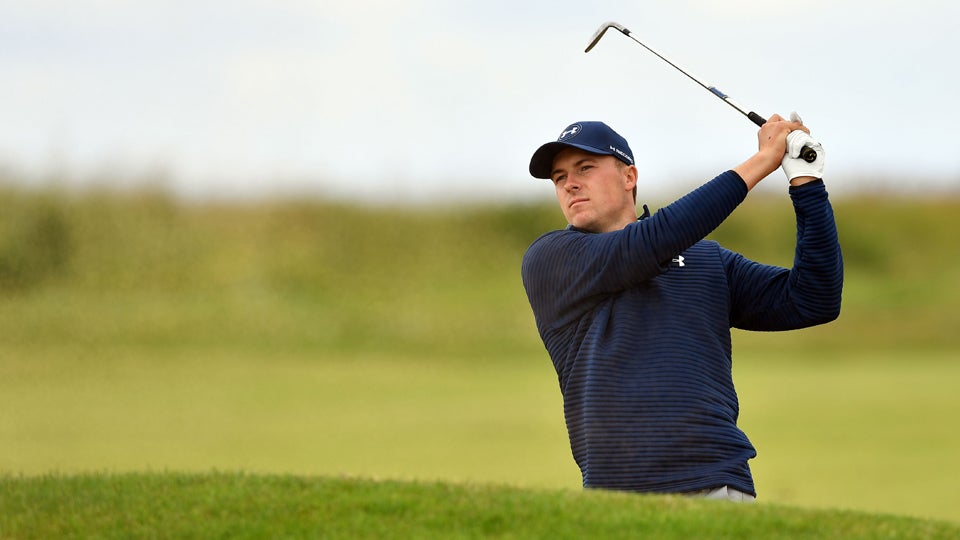 The Hall of Fame is a long ways away, but Jordan Spieth is on the right track.
BEN STANSALL

In the late 20th century, back when we were all using dial-up modems, I wrote a golf-centric weekly Mailbag for Sports Illustrated‘s nascent website, then known as cnnsi.com. It had a nice run but the ‘Bag was eventually retired. Well, it’s back, baby. Since we’ve entered the doldrums of the wraparound schedule I thought we should take the ‘Bag out of storage — we’re calling this iteration #AskAlan — and see if it still works. Thanks to all of you for the fine questions via Twitter. I’m looking forward to doing more of this.

The concept is not totally dead — a couple of years ago in China I was on hand for the lively Tiger-Rory mano-y-mano, and DJ and McIlroy are set to have a similar showdown in Manila next week. But Tiger is much too prideful to potentially get his butt kicked by a guy he used to own, especially since more or less this exact scenario played out for the final round of the 2012 Crosby Clambake and Mickelson hosed Woods, 64 to 75. But if such a thing were ever to come to pass, I would gladly accept the offer to preside as the barker.

@AlanShipnuck from the current top 10 players excluding Rory, who will make it to golf HOF?

I expect Jason Day, Dustin Johnson, and Jordan Spieth to comfortably play their way in. Adam Scott, Henrik Stenson and Bubba Watson are, as of this writing, strong maybes. Of course, who will make it and who actually deserves to be in are separate questions. The basic problem is that the Hall of Fame enshrinement has become a glitzy spectacle, and every two years a handful of warm bodies are needed so the show can go on. Therefore, almost every marginal candidate is likely to get in sooner or later. Dominance is hardly required, or even otherworldly talent; a good, solid, long career is now pretty much all it takes to pile up the requisite credentials. If the bar continues to be lowered and the Pavins and Zoellers get in, then Stenson, Scott and Watson become better bets, too. I’m not gonna comment on the blatant sexism embedded in this question and merely say it’s Ko, quite easily. I watched her play in person a lot this year, and her chipping and pitching is spectacular, by any measure. She can play a bunch of different shots with a variety of clubs, a far cry from the mindless 60 degree wedge-a-thon you see from the cave men on the nether regions of the PGA Tour money list.

@AlanShipnuck @golf_com Do you see the PGA tour adopting any of the Euro tour entertainment-centric initiatives?

The Euro tour has perfected the art of having fun. The pre-tourney festivities are so absurd they’re made for social media, and the tour employs some very clever lads who know how to make the most of these photo (and video) ops. Hard to imagine similar hijinks catching on over here because a) the players are a lot more uptight and b) the PGA Tour doesn’t pay appearance fees as is the custom on the Euro tour. The players over there have hundreds of thousands of reasons to put up with the silliness. On the eve of the 2014 Shanghai Masters, I attended a spectacularly cheesy night-time gala at which a handful of top players were forced to mingle and then hit ceremonial tee shots from a platform hovering in the middle of a lake. The party dragged on forever and at one point I turned to Lee Westwood and said, “Whatever they’re paying you, it’s not enough.” He shot me a devilish grin and said, “Oh, but it is.”

Watch out for Nicolas Colsaerts, who is currently languishing at 131st in the World Ranking. He’s a proven winner who has slumped badly the last couple of years, but he has been rejuvenated by the emergence of his young countryman and protégé’ Thomas Pieters. They played alongside each other at the Olympics and when I talked to Colsaerts in Rio he said he was having more fun on the course than he’d had in a very long time and vowed to rededicate himself so he can try to keep up with Pieters. I also like the moxie of the young Frenchman Alexander Levy, who is 98th in the World Ranking. With the Ryder Cup heading to Paris in 2018 this new wave of Frenchies (which includes Victor Dubussion and Gregory Bourdy) are all pushing hard to reach the next level. Levy has the most game.

@AlanShipnuck minus the obvious ones, pine valley/cypres point, where would tour guys like to play a tournament?

I think the likes of you and I spend more time thinking about stuff like this than Tour players do. I’m always surprised when chatting up the average American touring pro that, golf-wise, I’m much better traveled than he is, as are many of my friends. The pros play for money and are simply not inclined to wing off to Bandon or the Scottish Highlands or the sand hills of the Midwest or other remote precincts of the golf world just for fun. There are certainly golf versions of soul surfers, guys like Tom Watson and Brad Faxon and perhaps young Zac Blair, who love the game and are always seeking out new experiences, but they’re a tiny minority. So, yes, I’d love to see the pros take on National Golf Links or Royal Dornoch or Pacific Dunes or Friars Head or Teeth of the Dog, even thought they’re all way too short. But unless we can scrounge up 8 or 10 million dollars for the purse, I wouldn’t expect many Tour regulars to show up.

@AlanShipnuck do you think the Masters meltdown has changed Jordan’s career traj permanently?

It is clearly a major setback from which he is still trying to recover. If Spieth had nabbed the green jacket he would’ve been a year ahead of Jack Nicklaus’s pace for career majors and only the fourth man to win back-to-back Masters. He would have been on the greatest major championship tear since Tiger Woods around the turn of the century. That moment is long gone. Beyond the lost opportunity to make history is that Spieth’s self-immolation in Amen Corner destroyed his hallowed position among his peers. His brand had been built on possessing the clutch gene, being a closer, having the best head in the game, etc. Now Spieth has a lot to prove, to himself and his competition. The fact is that Day, McIlroy and DJ have so much more firepower than Spieth. He can still beat them but from top to bottom his game has to be razor-sharp, as it was throughout 2015. This season there was just a little bit of slippage and Spieth was a non-factor at all of the most big events post-Augusta. He’s too smart, too talented and too driven to not remain an important factor in this game but the hard truth is that Spieth may never again recapture the kind of career momentum he had through 63 holes at this year’s Masters.