#AskAlan: That time I went toe-to-toe with Ernie Els 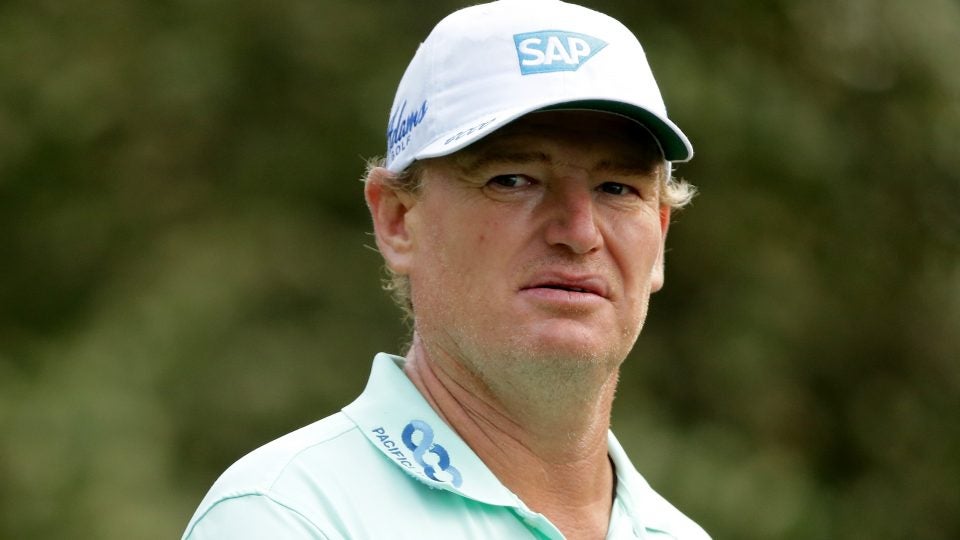 Next week, we shall do an all-Augusta version of this repartee, so let your Masters-centric questions marinate. Thanks, as always, for the queries.

“Can you give us details of the famous Ernie Els brawl on the private plane?” –Gavin (@gdreyer)

This is one of golf’s great urban legends. I’ve heard a half-dozen different versions and can’t speak to the veracity of any of them. But I know from personal experience that the Big Easy is not quite as easygoing as people think. At the 2004 U.S. Open, I wrote what I think is one of the better game stories of my career, largely about the complicated dynamics between Els and his countryman Retief Goosen. Els shot a final round 80 at Shinnecock and got smoked by Goosen, and my story captured his frustration. Els’s wife Liezl was unhappy with the story and, being a dutiful husband, Ernie got in my face on the practice putting green at the ensuing PGA Championship. It was probably the tensest 10 minutes of my career. I guess you could say we agreed to disagree.

There’s a funny postscript: a few months later, at Kapalua, I was at the Ritz pool the day after the tournament ended, decompressing from all the deadline stress. (Or was it recovering from too many mai tais? Kinda feels the same). There was a dude laying face-down on a lounger who was so tall his feet dangled over the edge. He had a towel over his head, so I didn’t think much of it and set up a few chairs away. At some point this behemoth sits up, and it’s Ernie. We hadn’t spoken since the blowup at the PGA. To break the ice, I sent over a pina colada for him and his wife and, upon their arrival, pantomimed cheers. He followed by sending me drinks, appetizers, a full lunch, and dessert. We’ve been cool ever since.

Those are all good choices, and I’m surprised you didn’t throw Tiger into the mix, too. But there’s so much golf still to be played. I’m not too worried about it – let’s check back in August to register our collective disappointment.

“The commissioner said he doesn’t consider slow play a problem. What would it take for him to change that stance?” –Dan (@RealCanadian)

Someone needs to die, either of heat stroke or boredom, and frankly the latter is more likely. Short of that, I don’t think Jay Monahan will ever care. Slow play hurts the product when you’re an on-site spectator, but we all know the big money comes from TV, and the telecast smash-cuts from shot to shot and spares all of the viewers at home the endless, tedious pre-shot routines. But the Will McGirt video from the Match Play that has been circulating on Twitter may be remembered as some kind of tipping point – rarely has such a dreary bit of non-action been shown in its entirety on TV, and the outrage that followed was wholly justified. If that doesn’t get Monahan’s attention, nothing will.

“Who do you think can crush the most beers on tour? #AskAlan” -@TVG14

“Have you heard much from Tour guys about Erin Hills yet? If so, what’s the early consensus on the course?#AskAlan” -Mick (@Reg_Daddy)

I’ve detected zero buzz so far. I thought a few guys would check it out en route to the 2015 PGA Championship, but Whistling Straits is such a quirky track that nobody wanted to give up a practice round there. I played Erin Hills years ago and it was an absolute ass-kicking; at 7,693 yards the course is among the longest on the planet. For the Open, it will keep all of its par-5s intact, meaning the national championship will play as a par-72 for the first time since 1992. So guys like DJ, Rory McIlroy and Jason Day have a chance to go deep. Sidenote: I play a lot of golf with my colleague Michael Bamberger. He was part of the round at Erin Hills, and as the sun was getting lower in the sky, we began to be feasted upon by mosquitoes the size of small birds. I called the pro shop and asked if someone would run out some bug spray to us, which they did. It was the only way we could keep playing. No matter what I achieve in life, no single thing will ever impress Bamberger like the delivery of that bug spray.

This is a highly personal thing, right up there with whether you prefer blondes or brunettes. I texted seven players this question and got back seven different answers: Stadium Course at La Quinta, Torrey Pines North, Bay Hill, TPC San Antonio, Innisbrook, TPC Potomac, East Lake. So there ya go.