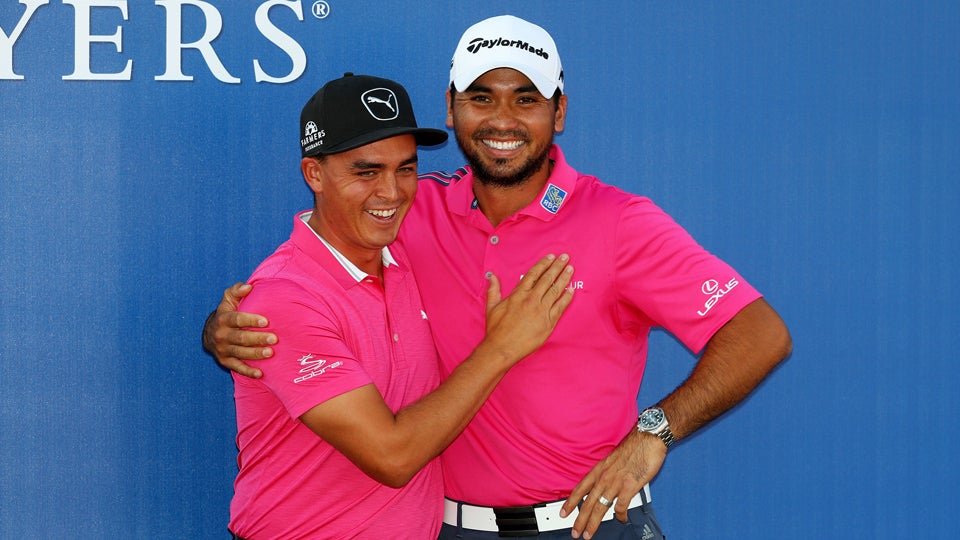 Rickie Fowler and Jason Day will play as a team in the 2017 Zurich Classic.
Getty Images // Mike Ehrmann

Welome to another #AskAlan. Hey, I didn’t come up with the name, I just work here. In the late 20th century, back when we were all using dial-up modems, I wrote a golf-centric weekly Mailbag for Sports Illustrated‘s nascent website, then known as cnnsi.com. It had a nice run but the ‘Bag was eventually retired. Well, it’s back, baby. Since we’ve entered the doldrums of the wraparound schedule I thought we should take the ‘Bag out of storage — we’re calling this iteration #AskAlan — and see if it still works. Thanks to all of you who sent in questions. Some of them were actually pretty good.

@AlanShipnuck With Day/Fowler, Rose/Stenson as teams already announced for Zurich Classic, is the new format be top golfers vs. scrubs? 1/2

Gawd, I hope so! I love these powerhouse duos, and it’ll be great theater if they square off. And if they lose to a pair of lesser-lights, that’s good fun, too. I’d much prefer the coupling of big names to having their starpower diluted by second-tier players. @AlanShipnuck if you hit too many “butter fades” do you end up looking like Colin Montgomery?

This falls under the purview of a philosopher, not a sportswriter. I will pass along an old story that two different players have told me: Once, in player dining, Monty ate a big slice of chocolate cake and announced that it so good he was going back for seconds. When he returned to the table he had a large plate crammed with easily a half dozen slices. He sat there and polished off every damn bite! I’ve never fact-checked this with Monty because I don’t want to find out it’s not true. But if it is, that has to count as a major championship, no?

@AlanShipnuck top 3 courses you haven’t played but want to get to?

Cabot(s), Fishers Island, Kingston Heath. Oakmont should be on that list but that’s more out of obligation – it doesn’t look that fun to me. Kingston Heath is a weird deal: On the last day of an Australian trip 15 years ago I was in the first fairway at KH when a vicious lightning storm blew in and chased me from the course. I haven’t been back to Oz since. Need to close the deal.

@AlanShipnuck you are made commissioner for a day. What’s the one thing you’d like to implement if you could do only one thing?

I’d make Phil Mickelson start a Twitter account. Can you imagine how good that’d be? But if I’m gonna be the prime minister of Ponte Vedra Beach I need to think bigger. It’s tempting to say I would rewrite the Tour media regulations, giving the heroes of the press room much greater latitude in what they can do with video and social media while also pushing the top players to be more accessible. But, hey, if I was Commish why would I care about helping the media? Finchem certainly hasn’t.

No, I would use my dictatorial power to freshen up the schedule. The overwhelingly positive response to the team event at the Zurich shows just how much we need new formats. A mixed team event with LPGA players is a no-brainer. How about some truly unusual stuff, like a worst-ball scramble, or a skins game where players have to buy in with their own money? Week after week of 72 holes of stroke play is numbing – it’s time to get creative. With all the buzz surrounding the Zurich hopefully there will be a push for fresh thinking.

Some local guys you don’t know. But if you mean Tour players who are painful to watch and/or awkward to interact with, I’d have to say Jim Furyk, Bubba Watson and Keegan Bradley.

The most oft-quoted figure by players is $100,000 a year, but of course it varies substantially. For caddies, swing coaches, etc., a lot of the payment is a percentage of winnings, so it’s not a fixed amount. Some guys stay in only the nicest hotels, others love a deal. But if the average player pegs it at 25 tournaments in a season that’s at least 125 days/nights on the road and a lot of plane flights, to say nothing of Coors Light. The bills stack up fast.

A more interesting question is, Who is golf’s Flacco? Which is to say, a polarizing player who has accomplished a lot but still has his share of critics. I think it has to be Rickie Fowler. I would come up with Tour’s Eli Manning but my brain already hurts.