As Olympic Golf Tees Off, the Sport May Have Already Won 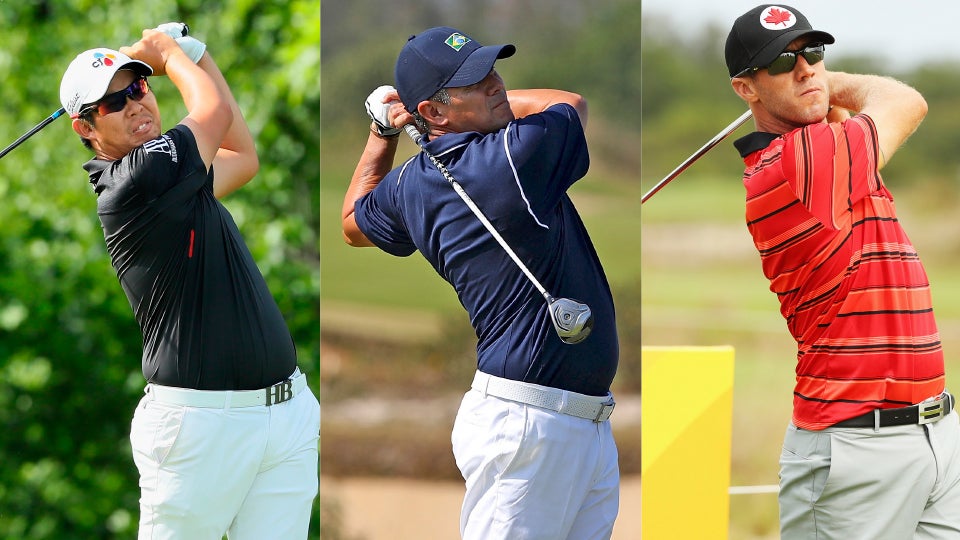 All victories are not created equal, and some don’t even come with a trophy, a medal or a check. Jim Furyk became the latest such example when he shot a final-round 58, the lowest 18-hole score in the history of the PGA Tour, to tie for fifth at the Travelers Championship. An actual victory at the Travelers—Scotland’s Russell Knox earned his second Tour win—would not have changed Furyk’s life. But his 58 will go into the first paragraph of his bio at a Hall of Fame induction ceremony to be named later.

That brings us to the men’s Olympic golf competition, which begins on Thursday in Rio. What if—despite mountains of negative press—Olympic golf isn’t a disaster? What if Olympic golf has already won?

“We won when golf became an Olympic sport, and the number of national golf federations around the world grew from 105 to 140,” Ty Votaw, International Golf Federation vice president, said from Rio on Monday. “We won when the governments of non-golfing countries began to spend money on the sport. We won with the social-media output from guys like Justin Rose, Rickie Fowler, Martin Kaymer and Seamus Power during the Opening Ceremony. We won when Gil Hanse designed this iconic venue, which will become the first public course in Brazil. And we will win on Thursday, when the first shot is struck.”

Indeed, that shot will mark the end of a long journey. It was a journey that took golf’s ambassadors such as Votaw and IGF President Peter Dawson to meetings all over the world, thumping the tub for golf in China, Switzerland (twice), Dubai, Australia, Argentina, and finally Copenhagen, as they submitted the final bid in 2009 alongside a quartet of players: Padraig Harrington, Matteo Manassero, Suzann Pettersen and Michelle Wie. (The women’s competition begins on Aug. 17.)

In case the meaning of golf’s return to the Olympics is lost on anyone, and because a win is often not a win until you assign it as one, the IGF has baked significance right into the first few tee times of the tournament. Last week two Irish boxers trolled Rory McIlroy on Twitter, one of them, Paddy Barnes, even posting a photo of himself with Rory’s ex-fiancée, Caroline Wozniacki, the tennis star who carried the flag for Denmark. McIlroy tweeted back that if their “boxing is as good as your tweeting it should be 2 guaranteed golds!!” It represented the last dying embers of a dying story: McIlroy and many others opting out of playing in Rio.

We gave that story more than it deserved. Better to focus now on such guys as Siddikur Rahman, the 318th-ranked player in the world and a two-time winner on the Asian tour. Rahman carried the Bangladeshi flag at the Opening Ceremony. Looking to adopt someone to cheer for? Until Rahman secured his place in the field with a second-place finish at the Mauritius Open in June, no Bangladeshi from any sport had ever qualified on merit for the Olympics. For athletes who have little hope of medaling, their freighted walk at the Opening Ceremony, sometimes while white-knuckling their country’s flag, is itself a victory.

Matt Kuchar, who last week admitted he didn’t know the specifics of the format—72 holes of stroke play—shot a final-round 65 to finish 17th at the Travelers in Hartford; Patrick Reed shot 66 to finish 11th; Bubba Watson, who dressed in his red-white-and-blue Team USA duds despite being in Connecticut during the Opening Ceremony, was 25th.

Those players will get plenty of headlines, but unless one of them shoots 58, their success or failure in Rio is not the point. Bangladesh is not much of a sporting country. Brazil is not much of a golfing country. China and India are sleeping-giant countries. Their best men will put a ball on a peg and play alongside some of the biggest names in the sport, and afterward they’ll all shake hands and take selfies and tell us all about it.