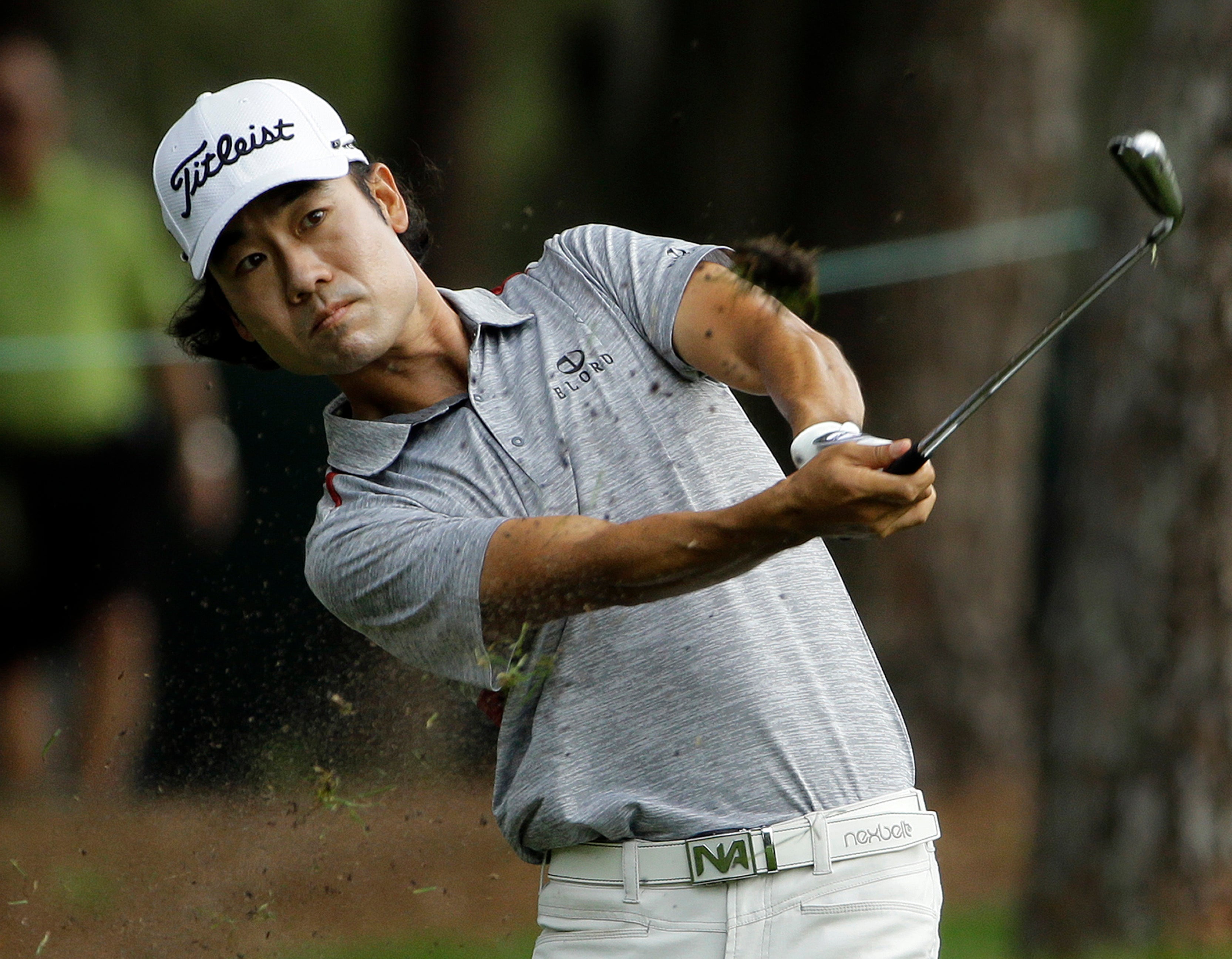 Bay Hill is a must-play, says Kevin Na, because of the presence of the King.
AP/Chris O'Meara

ORLANDO, Fla.—The Arnold Palmer Invitational has one thing that other PGA Tour stops don’t have.

Arnold Palmer. He’s also called The King. But as a genuinely humble man of the people, as authentic as an uncut diamond, he hates that nickname. He’s a people person and you can’t mingle with the masses if you think or act like royalty. He’s still just Arnie, always will be.

One of the best things about the API, then, is that Arnie’s legacy is not completely lost on today’s players, whose courtesy cars, private jets, millions in earnings and pampered lifestyles can be affecting.

Wednesday night, golfer Kevin Na watched some of the three-hour Golf Channel documentary, Arnie, which was followed by another show about Palmer and his affect on fans, Arnie and Me.

“I’ve seen it before but I watched it again and I kept thinking, How cool is it that I’m here playing in his tournament?” Na said. “Every year I come back here, year after year. It’s still cool.

“He’s the King. There’s a lot to learn from him from when he played, from when he doesn’t play, and from what he’s done for the game and the fans. It’s very special to meet him every year. Hopefully, he’s going to be around a lot longer.”

Na is hardly some wide-eyed rookie. He turned pro as a teen and it seems hard to believe that he’s already 31. So he is a grizzled veteran of Tour life, yet this tournament means something to him.

Na makes sure he takes a picture with Palmer every year at Bay Hill. He does the same with Jack Nicklaus at the Memorial Tournament. His collection of legend photos sounds like a parent’s collection of first-day-of-school photos — here’s Kevin going off to first grade, here’s Kevin when he started second grade, and so on. Except his photo album is, Here I am with Arnie when I was 24. Here’s Arnie and I at 25. Here I am with Jack at 26.

“I’ve got pictures up on the wall at home of me and Mr. Nicklaus, Mr. Palmer and Mr. Player,” Na said. “You have to, right? And I’ve got a few things signed by him, let’s put it that way.”

It’s rare air, yes, and like the man said, cool.

It doesn’t hurt the personal cool factor if you happen to play well at Bay Hill, either.

Na was second in 2010, fourth in 2012. He’s had some chances here and he put himself in good position again Thursday, racking up six birdies en route to a 67. He was tied for the lead with Xavier University alum Jason Kokrak (make a note for your NCAA basketball tournament brackets — “I think Xavier is going to take Ole Miss down,” Kokrak says) and Ken Duke (who’d be a much bigger name if only he had gone to his namesake university, Duke, instead of Division II’s Henderson State) after the morning half of the field completed play.

A recent resurgence in Na’s game during the PGA Tour’s Florida swing is due to his switch to the claw putting stroke, he said. What he figured out at Doral was that he was comfortable using the claw grip (flipping the right hand around so the right thumb is pointing at the handle end of the club instead of the putter head) on shorter putts and his usual conventional style on longer putts.

Na has one win on the PGA Tour, in Las Vegas in 2001. He’s had some close calls but is unfortunately probably better known for some of his quirky adventures.

In 2012, he was trying to win The Players but was suffering from an inability to pull the trigger on his swing—the takeaway yips, for lack of better terminology. He’d address the ball, ready to swing, and then, obviously tortured, sometimes have to step away and start over, often apologizing to the others in his group.

Hackers around the country related to his frustrations and his struggles. Other players, while understanding, were less sympathetic and had to deal with the outcome, which was slow play.

Na got the wrong kind of attention from all corners over that. “He needs an exorcist,” Brandel Chamblee said on Golf Channel. “I half-expected winged bulls to fly out of his head when he was standing over a shot.”

Even NBA legend Charles Barkley, the poster boy for full-swing yips, chimed in, saying, “Welcome to my world.”

That was barely three years ago but those Na memories have dimmed, maybe because he replaced them in viewers’ eyes with some good finishes. Of course, he also had a run-in with a thicket of trees in San Antonio. He hacked his way out and made a 16 on one hole. He returned later with a chain saw for a filmed bit, and the following year brought the golf shirt he’d worn that day, neatly pressed on a hanger, and left it among the trees as a ritualistic offer.

That’s how you own a moment like that, by having a sense of humor.

Na survives and thrives on his short game. He ranks 204th in driving distance. He stands 163rd in greens hit in regulation. Around the greens, however, he ranks with the best on Tour. He was fourth in scrambling last year, currently 17th this season. Na ranked fourth in strokes gained putting last year, but is 96th this season despite his recent improvement.

He excels at getting the ball in the hole and if somebody kept track of chip-ins, Na might lead the Tour every year.

Not impressed? Na puts it together and makes it work. He is ranked 25th in the world, which is pretty good for a one-win guy who probably still hasn’t reached his potential. He’s had three runner-up finishes and a third in the last two seasons, including a playoff loss to Japan’s Hideki Matsuyama at last year’s Memorial Tournament.

So Na has finished second at Jack’s event and at Arnie’s event.

“Maybe I’m due for a breakthrough in one of these legend’s tournaments,” he said with a big smile.

What would that mean?