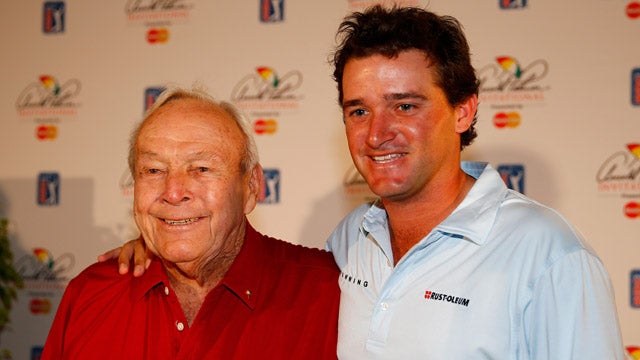 Arnold Palmer and his grandson Sam Saunders pose following a press conference for the Arnold Palmer Invitational Presented By MasterCard at the Bay Hill Club and Lodge on March 18, 2015 in Orlando, Florida.
Getty Images

At Arnold Palmer’s memorial service on Tuesday, several people took the podium to offer their favorite memories and stories about the legend. Sam Saunders, Palmer’s grandson, had one of the best.

Saunders said whenever he called his granddad, Palmer would always answer and always ask him where he was upon answering.

Even in the presence of the president, family was always first.

You can watch the full video below.