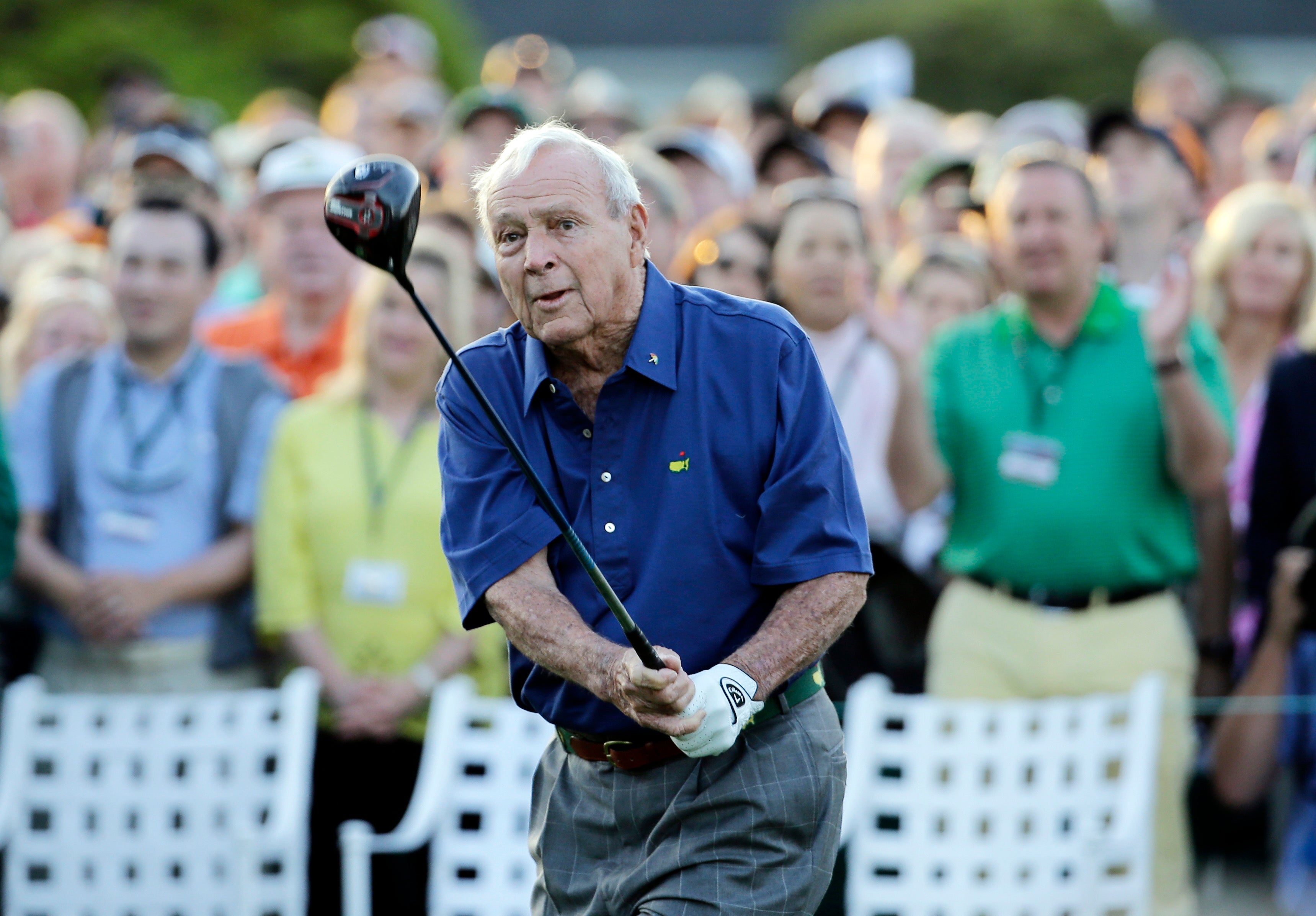 Arnold Palmer watches his tee shot for the honorary tee off before the first round of the 2015 Masters.
AP Photo

Palmer, 86, reportedly called Augusta National chairman Billy Payne on Monday to tell him that while he still plans attend the Champions dinner and the rest of the tournament, a lingering shoulder injury will keep him from teeing it up.

Just a few days ago, Palmer’s grandson Sam Saunders revealed that the aging golf legend would have a reduced role at the tournament that bears his name, the Arnold Palmer Invitational, which begins at Bay Hill this week.

Palmer has hit the Masters’ ceremonial first tee shot since 2007. The other members of the original Big Three — Jack Nicklaus and Gary Player — joined him in 2010 and 2012 respectively.