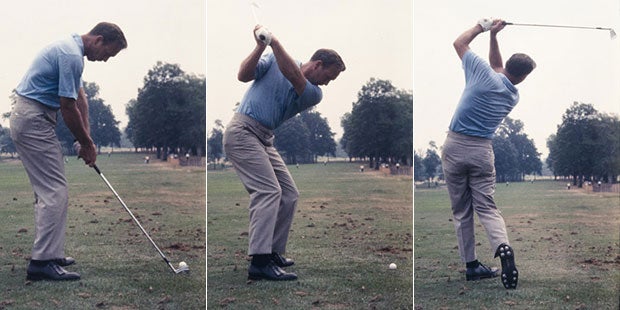 When Arnold Palmer declines an invitation, he doesn’t send a perfunctory email or dispatch an assistant to phone in his regrets. Instead, he sends a thoughtful note with his own personal letterhead and signature. One of the many reasons he is still the King.

The organizers of this year’s Australian Open, which marks the tournament’s 100th anniversary, invited Palmer to the festivities in celebration of his 1966 win at Royal Queensland in Brisbane. To tell them that he wouldn’t be able to make it, Palmer penned and signed a letter recalling his affection for a tournament he won almost 50 years ago. The folks at the Australian Open were disappointed that the legend wouldn’t be joining them, but they were pretty excited about the trip down memory lane.

Last year, Palmer wrote another heartfelt letter, this time to a fan who was graduating from high school. Among his advice for the young golfer? “Courtesy and respect are timeless principles, as well as good manners.”

He knows what he’s talking about.

Sad golfing royalty Arnold Palmer won’t be joining us for our 100th – but this letter sure made us smile #class pic.twitter.com/JmJeZgBJcO