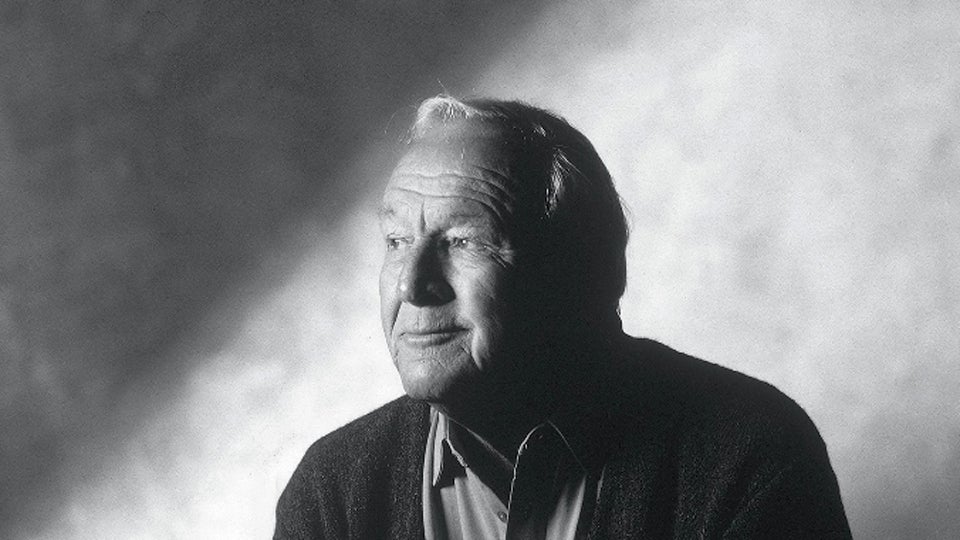 Arnold Palmer, for all he did for the sport, won't be forgotten.

When I heard Arnold Palmer died, I thought of my mom, Betty.

My mom was in love with Arnold Palmer. That was the only time I ever saw her sneak a glance at the Sylvania from the brownies she was making or the dishes she was rinsing — when Arnie was on the screen. Arnie was catnip in spikes to women. The way his hair wouldn’t stay put and his pants wouldn’t stay up, the ruggedness of his farm-boy arms and the why-go-inside tan, the tossed cigarette, the head-thrown-back laugh, the RCA-dog turn of the head as he watched his drive sail, the schoolboy grin and the sit-next-to-me eyes.

My mom would’ve have liked him even better in person.

Here was Arnold Palmer: When he’d return his tournament courtesy car, he’d have washed it, gassed it and left four dozen balls in the front seat. When he’d borrow your club locker for the week, he’d leave you four shirts, four gloves and four more dozen balls. Arnold Palmer, one of the richest men in America, wrote handwritten thank you notes to the end.

Here was Arnold Palmer: When he’d see you, he’d grab your right hand and shake it, your right shoulder and hold it and say, “How the hell are ya?” Then the left hand might move up to behind your neck or maybe he’d pull you sideways and walk with it draped over your right shoulder, as though you were childhood chums. Ben Hogan was an icicle, Jack Nicklaus was a god, but Arnold Palmer was your poker buddy. The man went out of his way to make sure you knew he liked you. Tiger Woods? Just the opposite. Here was Arnold Palmer: He signed. My God, did he sign. He’d start in his office at about 7 a.m. and sign for a good hour, every single morning, usually more. I know because that was the best time to interview him. I swear, he could sign his name while undergoing an appendectomy. And because he was so popular — the most popular golfer in history — and for so long (even into his 80s he would rank behind only Woods and Phil Mickelson in endorsements), he wound up signing his name more than any athlete in history. What other superstar gave more ink than he got?

He was the perfect American to bring a dandruff-covered elitist British game called golf to the pipe fitters and the bus drivers and the brownie makers. He made it look fun. And joyful, and maddening and utterly addictive. He would win heroically (seven behind with 18 to go at the 1960 Cherry Hills Open) and lose catastrophically (seven ahead with nine to go at the 1966 Olympic Open), and never the twain seemed to meet. He never quit, never lagged, and wouldn’t lay up for all the coffee beans in Brazil.

Americans, in turn, loved him like their favorite son. At the height of his popularity, when he was battling Fat Jack and his titanic drives and grim countenance, Arnie’s Army was so devoted that there were reports of his soldiers actually letting Arnie’s ball hit them to keep his ball from going over the green or into the rough. The red badge of love.

Arnie was real. He cried on TV more than Susan Lucci. One time, they led him into the pressroom at the 1994 U.S. Open at Oakmont — just a few 5-woods from his boyhood home in Latrobe, Pa. Arnie had announced it would be his last Open. He got to his chair, put the mic in front of him, started out OK, and then just puddled. The words were in there, they just wouldn’t come out. He got up, red eyed, waved at everybody forlornly and started to walk out. And that’s when some of the hardest-bitten men and women you’ll ever meet — cynics all — stood as one and gave him a standing ovation.

I admired him so. He was a drinker but never seemed drunk. He was a winner but never seemed cocky. He was richer than many nations but came off like a guy who had a Christmas Club savings account. He had charisma pouring out of his ears, manners enough for entire towns, and swimming pools of testosterone. He flew his own planes, jiggered his own clubs, and drank his vodka straight. He loved people like he loved his next breath and golf even more than that. Golf just got lucky.

One time, at his Isleworth golf course in Orlando, I took $5 off him. He’d been talking about a par-5 you could reach in two by hooking a 3-wood over a lake that was a 250-yard carry if it was a foot.