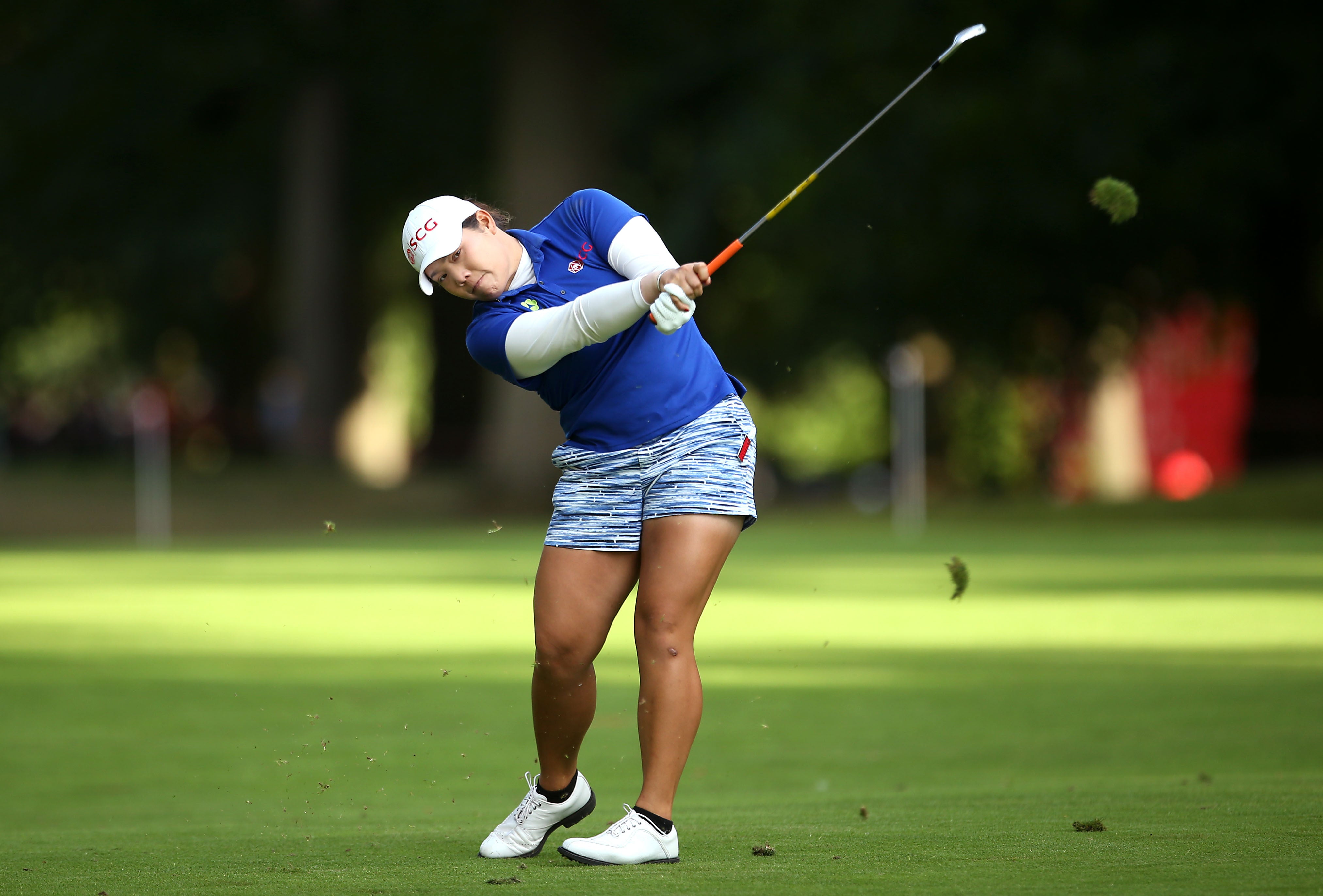 ”I think I know how to play under pressure,” the 20-year-old Thai player said. ”I know like what I have to focus and the only thing I have to is like focus on what is under my control.”

In early April in the ANA Inspiration in the California desert, Jutanugarn – at the time, best known for blowing a two-stroke lead with a closing triple bogey in the 2013 LPGA Thailand – bogeyed the final three holes to hand the title to Lydia Ko.

”I really get nervous, especially being my first time leading,” Jutanugarn said that afternoon at Rancho Mirage. ”I got a lot of experience from this week.”

She put the hard lessons to use in May, winning three straight events to become the LPGA Tour’s first Thai champion. And Saturday, she shot a bogey-free 6-under 66 to pull two strokes ahead of Mirim Lee.

”I feel a lot more comfortable,” Jutanugarn said. ”Like especially today, because I didn’t hit my iron good, but I still make some birdies.”

Jutanugarn birdied six of the first 14 holes and closed with four pars to reach 16-under 200 and break the tournament 54-hole scoring record. She chipped in from 90 feet for birdie on No. 8 and made a 30-footer on 10 on the Marquess Course, the hilly, forest layout that is a big change from the usual seaside links.

Lee shot a 69. The South Korean player led after each of the first two rounds, opening with a 62 and shooting a 71 on Friday.

”Everything was OK. Just OK, not perfect,” Lee said.

Mo Martin was third at 11 under after a 69. The American won the 2014 tournament at Royal Birkdale.

Scotland’s Catriona Matthew, at 46 trying to become the oldest major champion, had a 71 to move into fourth at 10 under. She played alongside Jutanugarn.

The top-ranked Ko was tied for 27th at 3 under after a 69. She closed with a double bogey after birdieing five of the previous seven holes.

”I just had a toffee. Sugar always helps the feelings,” Ko joked. ”But I know that I still played solid out there. It’s not the greatest finish to finish with a bogey or a double. … I’ve just got to get over it.”

”A little bit of a mess today,” the American said. ”Just a few too many mistakes.”

Charley Hull, the English star playing on her home course, was tied for 40th at 2 under after a 75.

To relax, the Thai player smiles as part of her pre-shot routine.

”I really want to try to be like relaxed before the shot,” said Jutanugarn, in position to jump from sixth to third in the world ranking with a victory. ”I feel like whatever is going to make me happy and easy one is like smile.”

She hoped to be smiling late Sunday.

”I think it’s no pressure for me because only thing I want to is have fun,” Jutanugarn said. ”So one more day, I want to have fun.”