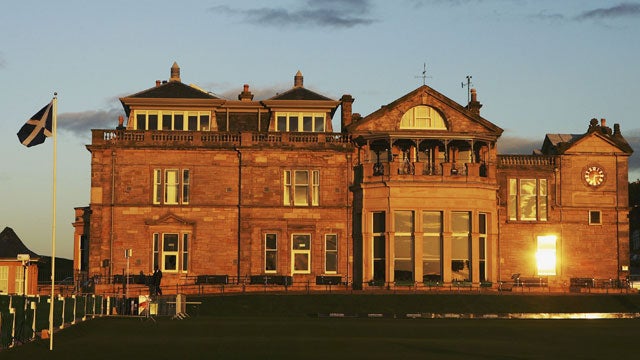 The seven women, including 10-time major champ Annika Sorenstam, were announced as honorary members on Tuesday in what R&A captain George Macgregor called “an historic day for the club.” The other honorary members are Britain’s Princess Anne, who is an IOC member, British golfers Laura Davies and Belle Robertson, American golf pioneers Renee Powell and Louise Suggs and Frenchwoman Lally Segard.

Powell is only the second black player to compete on the LPGA Tour and Suggs is a co-founder and former LPGA president who won 11 majors.

“It is an honour and a privilege for The Royal and Ancient Golf Club to welcome these remarkable women as honorary members,” Macgregor said in the announcement. “The Princess Royal enjoys a strong bond with Scotland and has shown great energy and commitment to developing sport through her work in the Olympic movement.

“We could not be more proud also to welcome women who have distinguished themselves in golf over many years and have been great players and champions. They are extremely worthy additions to our roll of honorary members and will become ambassadors for the Club as they have been for the sport of golf throughout their careers.”

More than three-quarters of the club’s 2,400 members took part in a vote last September that overwhelmingly favored allowing women members.

Davies expressed her support to Golf.com after the vote was announced. “Back when I turned pro I would never have imagined that this could ever happen,” Davies said. “I think it is a huge step forward for the R&A and women’s golf, and everyone will be delighted with the result.”

Thanks everybody for the nice tweets about the R&A membership announcement today. i am very honored to be one of the lucky ladies.

Congratulations to all the ladies on your appointment as honorary members of @RandA. A good day indeed for golf.