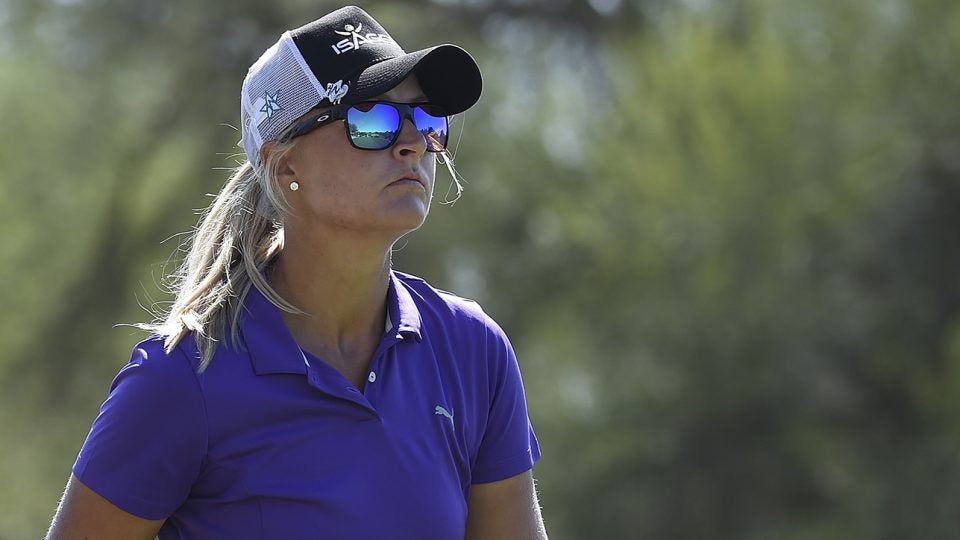 PHOENIX (AP) — Anna Nordqvist caught up with some college friends – and left everyone else behind on another hot afternoon at the Bank of Hope Founders Cup.

The 29-year-old former Arizona State player shot a 4-under 68 on Sunday to hold off fellow major champions Ariya Jutanugarn, Stacy Lewis and In Gee Chun by two strokes in record 96-degree heat at Desert Ridge.

Nordqvist finished at 25-under 263, two strokes off the LPGA Tour record that Sei Young Kim matched last year at Desert Ridge. The 6-foot Swede had a tournament-record 61 on Saturday to take a two-stroke lead into the final round.

Nordqvist won her seventh LPGA Tour title and first since successfully defending the ShopRite LPGA Classic title last June. In the U.S. Women’s Open in July, she lost a three-hole playoff to Brittany Lang after being penalized two strokes for touching the sand with her club in a fairway bunker on the second extra hole.