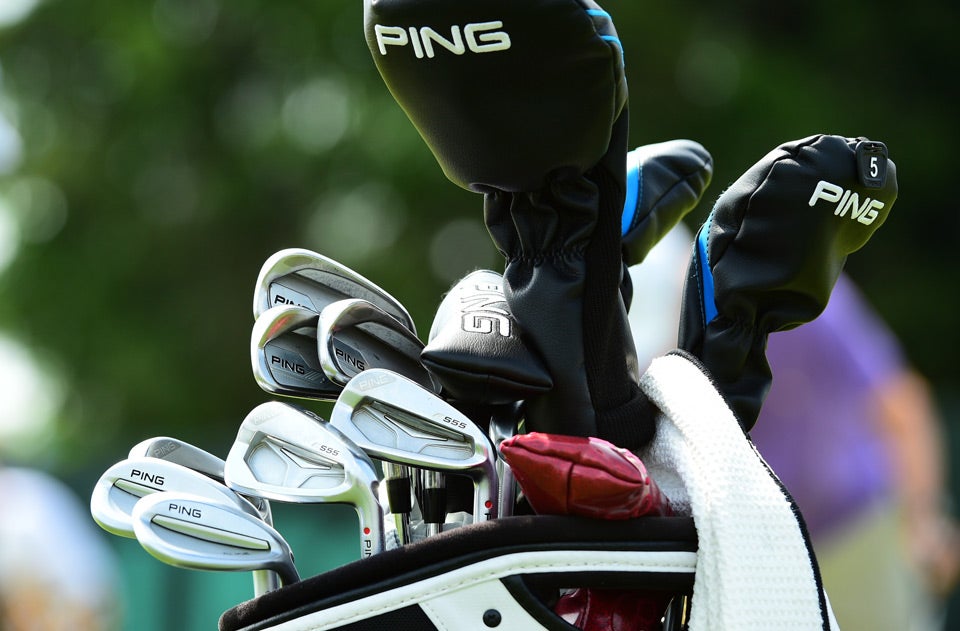 Andy Sullivan celebrates holing his putt to win the South African Open in a playoff with Charl Schwartzel.
Getty Images

JOHANNESBURG (AP) — Andy Sullivan won his first European Tour title with a brilliant birdie on the first playoff hole as Charl Schwartzel let slip a five-shot overnight lead in a late collapse at the South African Open on Sunday.

Schwartzel (74) finished terribly, making two bogeys and a double-bogey in his last five holes to fall back to 11-under and allow Sullivan (67) a chance at victory in the playoff.

Both players missed the fairway off the tee in the playoff, but Sullivan sent a low pitch from under a tree onto the green, and then holed out for an unexpected birdie to win.

“It’s unbelievable,” Sullivan said. “After Saturday I didn’t think I stood much of a chance with Charl getting ahead that far.”

The Englishman made up seven shots on Schwartzel in the final round and was waiting in the clubhouse when the South African unraveled at the end to miss out on a first South African Open title after leading by four shots with five holes to play.

Schwartzel found a greenside bunker on No. 14, three-putted on No. 16 for double-bogey and fluffed a tee shot on 17 to drop another shot. He also found the rough off the tee on No. 18 and had to scramble for a par to send the tournament to a playoff.

Both drove into the long grass when they teed off at No. 18 again. But Sullivan recovered with a sublime low punch through the tree branches and to 12 feet, before rolling in the putt for his maiden tour title. He pumped his fist with delight after a missed birdie on the last in regulation play appeared to have ensured he would have no chance at victory.

Sullivan became just the second Englishman to win the South African Open – the second oldest tournament in professional golf – after Tommy Horton in 1970. His seven-shot comeback was the biggest in the final round since the event joined the European Tour in 1997.