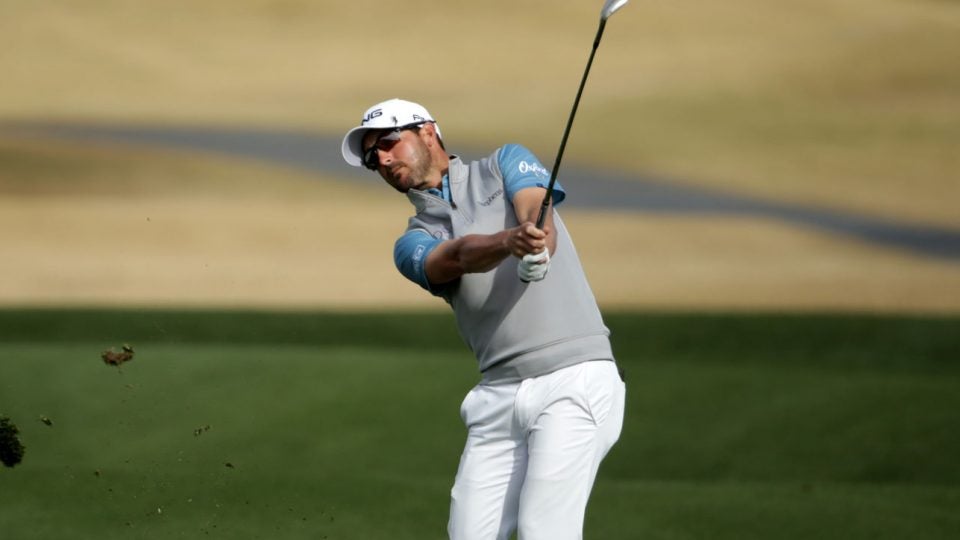 Andrew Landry is back in the winner’s circle.

The 32-year-old notched his second career win on the PGA Tour Sunday at The American Express after shooting 65-67 on the weekend to win by two. He didn’t make it easy on himself.

After opening with rounds of 66 and 64, Landry shot 33 on his front nine Sunday and added three straight birdies to start the back nine. He had built a five-shot lead that seemed insurmountable given only six holes remained … but then Abe Ancer happened.

Ancer played bogey free and made it look easy shooting 63 to push Landry down the stretch. He buried a 25-footer for birdie on the island green 17th for his ninth birdie of the day. Landry had just bogeyed three straight holes to back up into a tie for the lead at 24 under … and then Scottie Scheffler happened.

A dream round for @Abraham_Ancer just keeps getting better.

He’s tied for the lead heading to the 18th hole at @TheAmexGolf.#QuickHits pic.twitter.com/FzxRaEtSkU

From the same group as Landry, Scheffler made eagle on the par-5 16th to enter the conversation at one shot back. His time in contention didn’t last long. Landry proceeded to hit his final two approaches inside of seven feet, draining the birdie putt each time. It was a wild back nine that featured just one par, and a sloppy one at that, on the par-5 16th.

Landry entered the week ranked 240th in the world, having missed five straight cuts. With the win, he’ll move up to just outside the top 100 in the world. “I had good swing thoughts coming down the stretch. Just got the job done,” Landry said. “I mean, I think the biggest shot of the tournament was the one on 17.”

Landry ran his approach out to six feet from the hole. Considering he had blown a 5-shot lead immediately prior, we’re going to agree with him on that one. It was the shot of the tournament.