Andrew Landry Already Has a New Sponsor — for the Weekend, Anyway 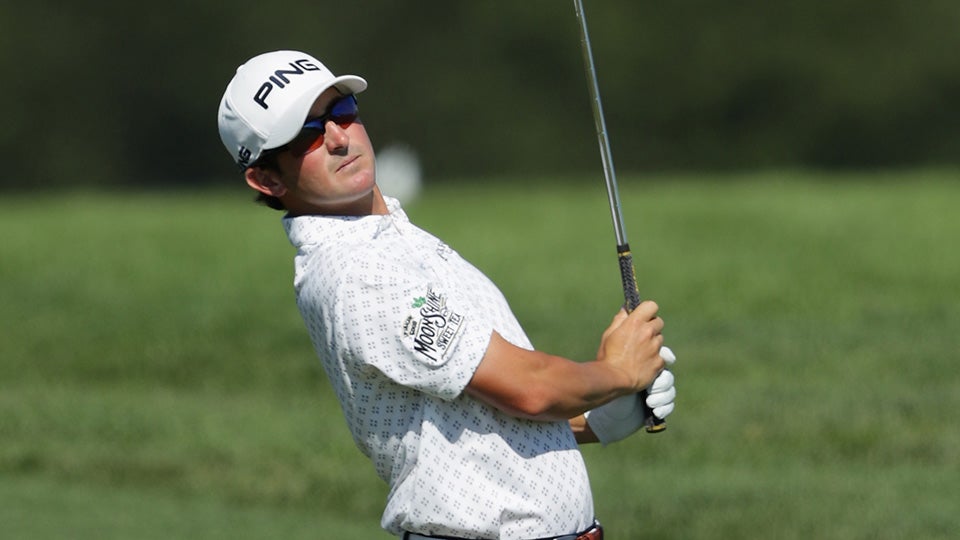 Andrew Landry will wear a Moonshine logo on his sleeve through the weekend.
Sam Greenwood

OAKMONT, Pa. — You might notice something different about Andrew Landry when the 28-year-old Texan tees off in the final group in the third round of the 116th U.S. Open Saturday evening.

And we’re not talking about the aura of confidence he’s been exuding since surging to the top of the leader board at Oakmont Country Club.

Check out Landry’s right sleeve. That patch with the Moonshine Sweet Tea logo wasn’t there on Thursday when he stunned observers with an opening-round 66 that tied the mark for the lowest-ever first round at an Oakmont Open. But exemplary play in the majors can lead to marketing opportunities, and Landry didn’t let this one slide by.

Aware that his position among the leaders would mean more face time on the Fox telecast this weekend, Landry and his manager, Jeff Stacy, cooked up a deal with Moonshine, which is based in Austin, Texas. (Landry is friendly with the owner.) Under the terms hammered out Thursday evening, Landry will wear a Moonshine logo on his sleeve through the weekend. “They paid a premium to be there,” said Stacy, when reached by phone on Saturday afternoon. “It’s a little bit like a roll of the dice, but it can be [lucrative] in terms of exposure.”

Stacy, who works for Empire Sports Management, which is based in Charleston, S.C., said these kind of insta-deals aren’t common but when he worked for IMG he did help structure similar deals for Chris DiMarco and Jason Dufner.

For Landry, the last hurdle was actually getting the logo onto his sleeve. That job was executed by a Moonshine representative, who collected Landry’s shirts on Friday and returned them before Landry’s Saturday morning starting time.

Stacy said he’s unsure if the partnership could blossom into a long-term deal. Presumably Landry’s play this weekend will help determine that.