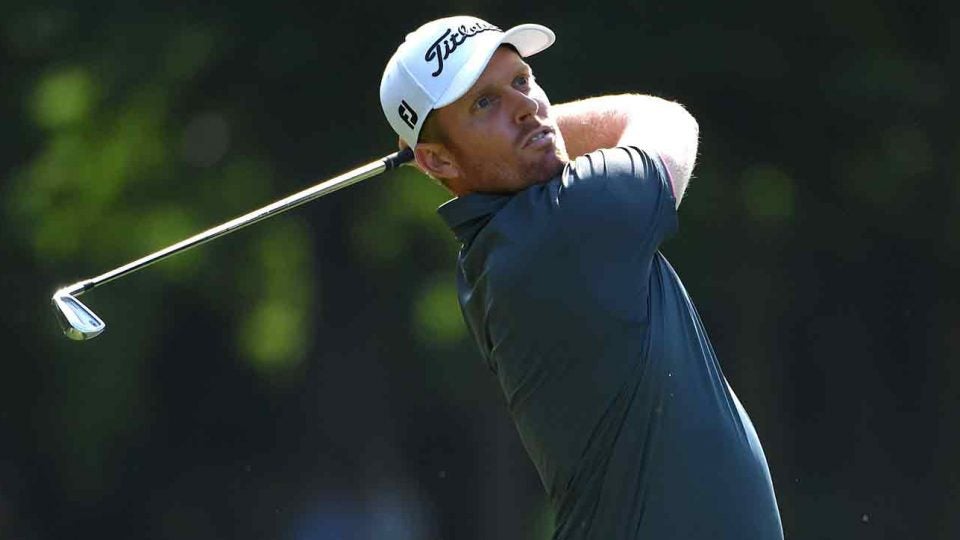 Andrew Dodt of Australia plays his second shot on 17th hole during the third round of the BMW PGA Championship at Wentworth on May 27, 2017.
Getty Images

VIRGINIA WATER, England (AP) — Andrew Dodt of Australia will take a one-stroke lead into the final day of the BMW PGA Championship after shooting a 4-under 68 in the third round on Saturday.

South Africa’s Branden Grace is a shot behind Dodt, a two-time winner on the European Tour, after a 70 at Wentworth.

Lee Westwood (72) and overnight co-leader Francesco Molinari (74) are a further two shots back.

Thomas Pieters and Scott Jamieson shared the lead with Molinari after the second round of the tour’s signature event but shot 78 and 76, respectively, to drop off the leaderboard.

Dodt’s two wins came at the Avantha Masters in India in 2010 and the True Thailand Classic in 2015.