The deluge of rules controversies is ever-present in the pro golf game, but if they don’t occur at a major, they often get overlooked. The bizarre brouhaha at this week’s Korean LPGA event is an exception.

During the first round of the KB Financial Star Championship at Black Stone Golf Club, players struggled to identify exactly where the fringes ended and the greens began. Two players, Choi Hye-jin and Park You-na, accidentally marked and picked up their balls in the fringe thinking they were on the green, resulting in two-stroke penalties for each player, according to a report by Reuters. 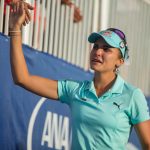 Apparently four other golfers had made the same error in round 1 but were not penalized. Given the unequal nature of the enforcement of this rule, officials later decided to rescind the two penalties. That’s where the controversy begins. The decision caused an uproar among the golfers in the field, with impassioned arguments and threats of quitting on both sides of the debate. After a long meeting Thursday night, the officials decided the best course of action was to erase the first round scores entirely.

According to Reuters, the controversy was so bad that the lead rules official Choi Jin-ha resigned from his position.