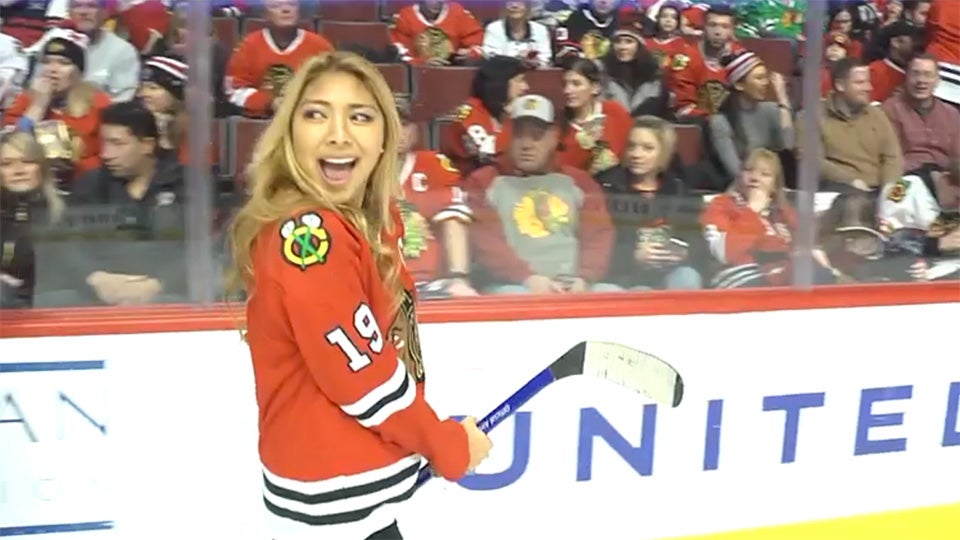 Alison Lee is fifth in putting average on the LPGA tour (28.88). How did she fare on the ice?
Chicago Blackhawks TV

American LPGA player Alison Lee traded in her clubs for a hockey stick and greens for ice, playing a round of “Shoot the Puck” at the Chicago Blackhawks game Sunday.

Lee was in Chicago promoting the 2017 KPMG Women’s PGA Championship, which takes place June 29 to July 2 at Olympia Fields.

It was the 21-year-old UCLA student’s first time on the ice, and despite a miss her first try, she picked it right up like any great athlete could.

“I missed the first one like, way left, that’s what I was completely afraid of, to embarrass myself,” Lee said. “But it was really cool. Being on the golf course is a completely different atmosphere than being at an ice rink or hockey game. It was a really cool experience to go out on the ice, I’ve never done anything like that before.”

With a little practice, that slapshot could be deadly.