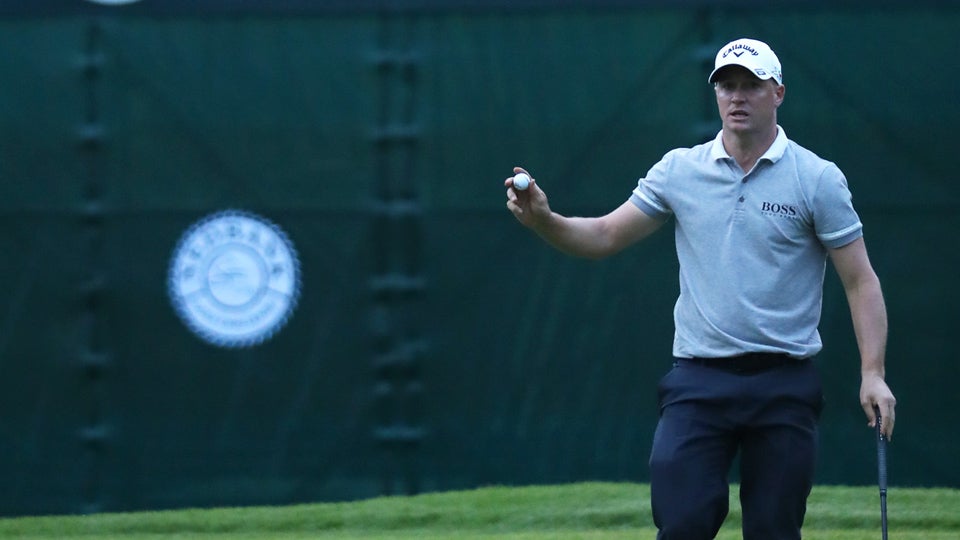 SUN CITY, South Africa (AP) — There was a hole-in-one and an albatross two on a par-5 hole at the Nedbank Golf Challenge in South Africa on Friday, while Alex Noren collected five birdies over the back nine holes to take a 2-shot lead at the halfway mark.

Noren, the tour’s form player who is seeking a fourth title since July, shot a 5-under 67 at Sun City to move 8 under overall. As Noren climbed to the top of the leaderboard, Swedish compatriot and European Tour money list leader Henrik Stenson fell off the pace, a blow to his hopes of wrestling the Race to Dubai crown from Rory McIlroy.

Stenson was one off the lead after the opening round but found the going tougher Friday with three straight bogeys on the front nine and a double-bogey seven on the back. Seeking the victory that could wrap up the Race to Dubai, Stenson carded a 2-over 74 for 1-under overall and a tie for 17th.

The Nedbank Challenge is the penultimate event of the tour’s season, with just the World Tour Championship in Dubai to come next weekend.

Noren’s back-nine surge, which saw birdies at Nos. 10, 11, 13, 15 and 17 saw him overtake Paraguay’s Fabrizio Zanotti, who slipped back into a share of second with successive bogeys on his last two holes. Four other players, including former British Open champion Louis Oosthuizen, were level with Zanotti on 6 under, two behind Noren.

Zanotti had earlier recorded the first hole-in-one in the history of the tournament with his 7-iron from the tee on the short fourth hole rolling in. Denmark’s Lasse Jensen provided something as spectacular when he holed his second shot from way out on the par-5 No. 14.

If Stenson wins in Sun City and Danny Willett, his nearest challenger in the Race to Dubai, fails to finish second on his own, Stenson will take the money list title.

Willett was 5-over-par and way down the leaderboard after opening with rounds of 75 and 74 at Sun City. But with Stenson’s struggles on Friday, the race could well go down to Dubai next weekend when McIlroy may be back in contention. McIlroy, who has won the money list the last two seasons and is third in the current standings, skipped last weekend’s Turkish Airlines Open and the Nedbank and is due to return to action for the season-closer in Dubai.