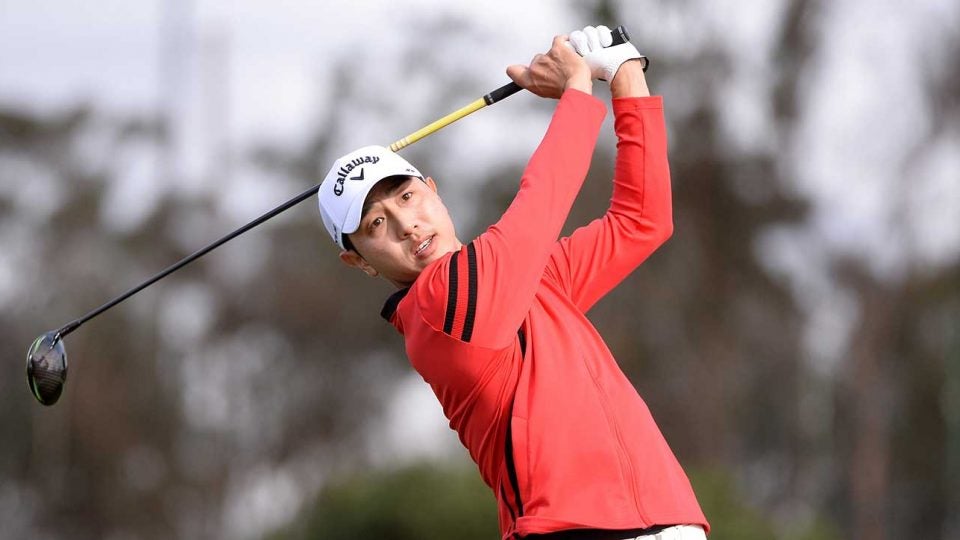 Sangmoon Bae is headed back to the PGA Tour.
Orlando Ramirez-USA TODAY Sports

Bae returned to the PGA Tour this season after two years of mandatory military service in South Korea, but lost his card with a 202nd-place finish in the FedEx Cup standings. The two-time PGA Tour winner entered the week needing a few thousand dollars to wrap up a card and ended up making $180,000.

Albertson had already earned a PGA Tour card with a top-25 finish on the Web.com Tour regular-season money list, and Sloan, Schenk and fifth-place finisher Roberto Diaz all earned enough money to get three of the 25 cards available in the four-event series.

The series features the top 75 players from the Web.com regular-season money list and Nos. 126-200 in the PGA Tour’s FedEx Cup standings. Albertson and the other top-25 finishers on the Web.com money list are competing against each other for tour priority, with regular-season earnings counting in their totals. The other players are fighting for 25 cards based on series earnings.

The Web.com Tour Championship is next week at Atlantic Beach Country Club in Florida.