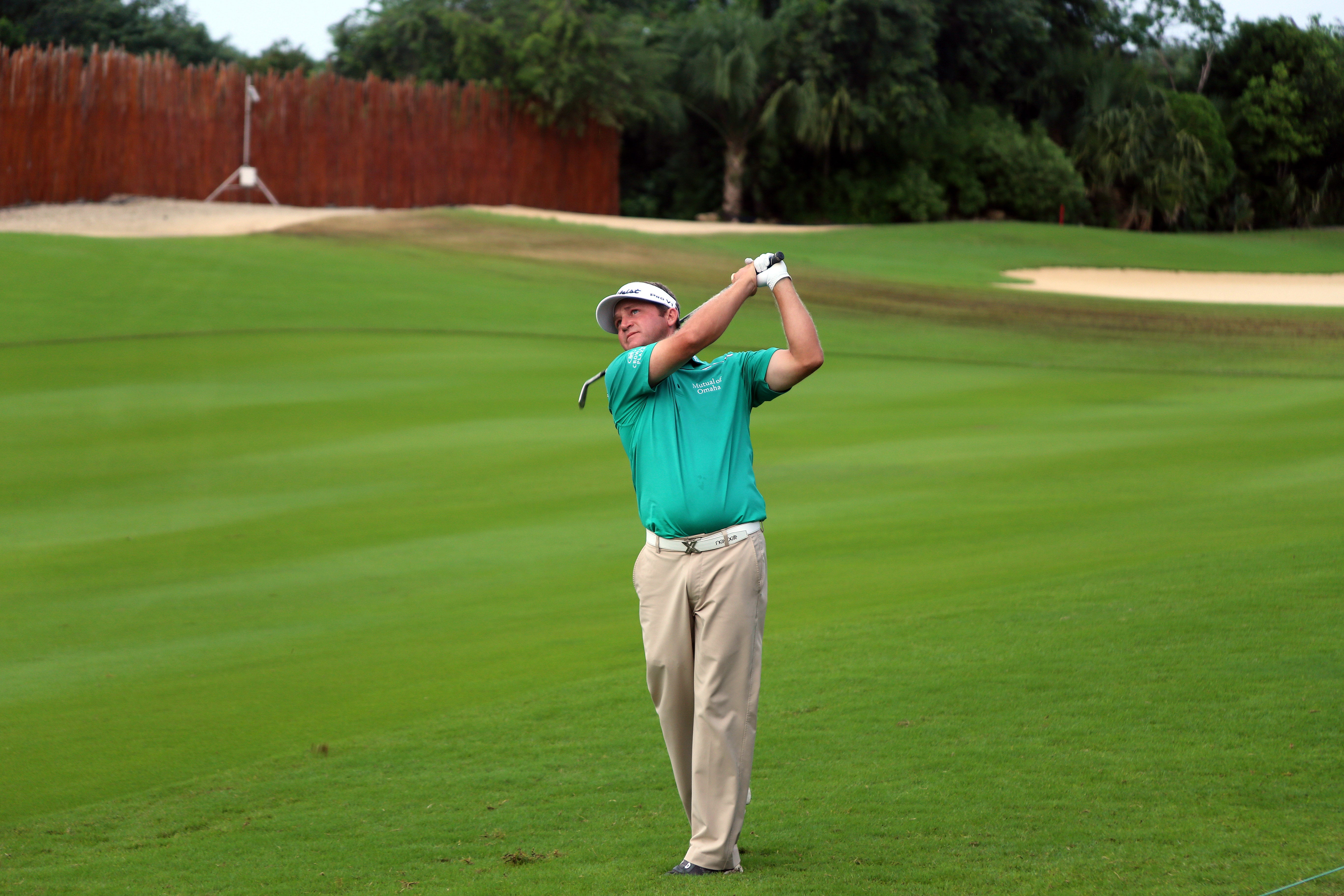 Jason Bohn, from the US, plays the 10th hole before the final round was stopped in the rain-delayed OHL Classic at Mayakoba near Playa del Carmen, Mexico, Sunday, Nov. 15, 2015.
AP Photo/Israel Leal

Jason Bohn got the “ultimate mulligan” last week at the Honda Classic. After his round on Friday, he suffered a major heart attack—and had no idea it was happening.

He noticed shortness of breath, but chalked it up to bronchitis since he had been sick recently. Luckily, EMTs at the golf course insisted that he go to the hospital immediately, where doctors realized that he had a 99 percent blockage in his left anterior descending artery, the kind of damage that cardiologists call a “widow maker.”

Bohn spoke with Matt Adams on SiriusXM from the hospital on Monday morning and talked about the harrowing experience, his prognosis, and the support of his fellow golfers.

“The craziest part about the whole situation is I had no idea that I was having a heart attack,” Bohn told Adams.

While the 42-year-old does not yet have a definite timeline for a return to the golf course, he said that “it can be sooner than later.”

For now, he is grateful for the way things played out on Friday.

“My doctors all have told me that had I passed out or gone down on the golf course that they really don’t think they would have had time to get the proper blood thinners in me, and put the stent in that they were able to do in time,” Bohn said. “I got one hell of a mulligan, Matt. That’s all I can say.”

You can listen to the full interview below.