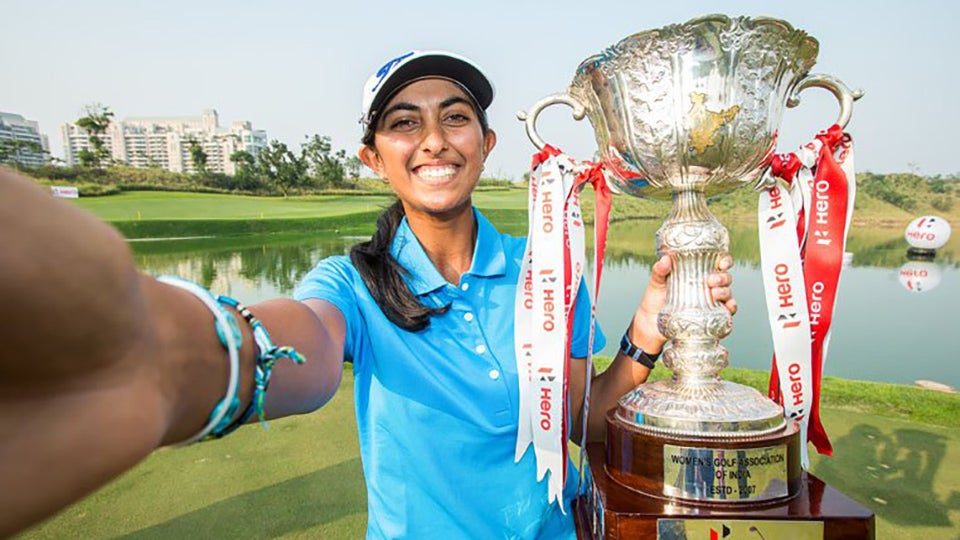 The Rio Olympics were just the start for Aditi Ashok, who clinched her first title at the Ladies European Tour’s Women’s Indian Open.

Ashok, 18, shot a final round 72 to finish three under par, one shot clear of LPGA veterans Brittany Lincicome and Belen Mozo, becoming the first Indian to win an LET event.

“I have had some good finishes in the Indian Open but to get the job done finally feels really good and especially finishing victorious in front of my home crowd is a really good feeling,” Ashok told the Indian Express. The teenager had a two-shot lead going into the final round and held off her competitors, who challenged her up until the 17th hole.

(MORE: For Aditi Ashok’s Dad, Rio Offers Pride and the Chance of a Lifetime)

Ashok appeared on the scene during the 2016 Olympics, where she achieved two other firsts: she was India’s first female representative in the sports’ return to the games, and the youngest player in the Olympic field. She finished 41st despite firing consecutive rounds of 68 to start off the Games.

The trailblazing Indian golfer recorded four consecutive top-10s on the LET ahead of her first win, and is in prime position to claim the LET Rookie of the Year title.